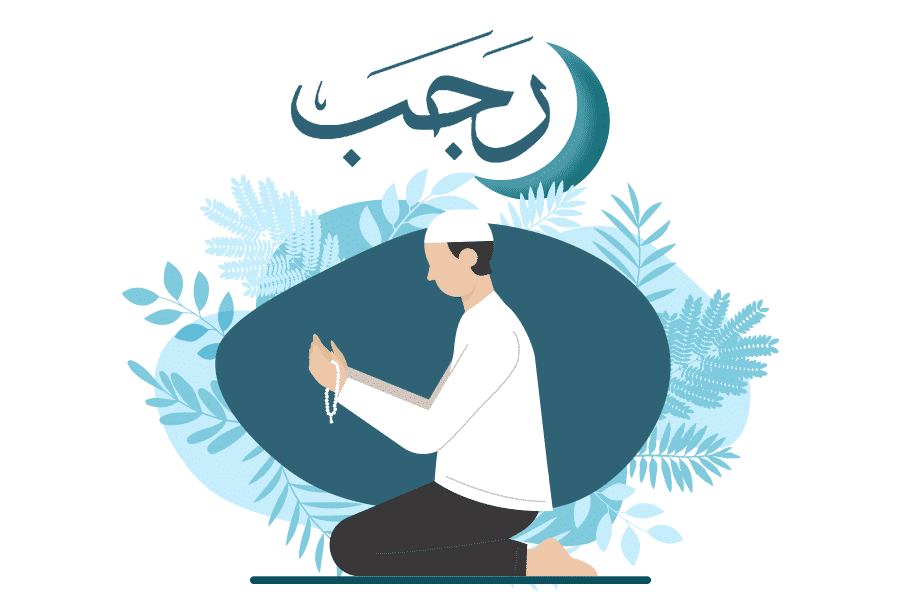 When Rajab began, the Messenger of Allah (SAWW) recited a dua,

“Oh Allah, Bless us in Rajab and Sha’baan and allow us to reach Ramadhan.”

It is the month that marks the start of each believer’s spiritual season, finishing with the end of the fasting month of Ramadan with Eid-ul-Fitr.

“It is a great month of Allah, unmatched by any other month in the respect and significance (accorded to it); war with the infidels during this month is prohibited. Verily, Rajab is Allah’s month, Sha’aban my month and Ramadan the month of my Ummah; whosoever fasts a day in this month will be granted the great reward of Ridwan (an angel in heaven); the wrath of Allah shall be distanced, and a door of the Hell shall be closed.”

What is meant by Rajab?

The word Rajab means respected, regarded, and admired. Rajab is derived from ‘Rajaba,’ which means ‘to respect.’ Also known as Rajab al-Murajjab, this month has several virtues according to Muslims.

This month  is regarded as one of the holy months in Islam. Many Muslims consider performing Umrah in the month. Battles are prohibited during these four months, and engaging in war is considered sinful. In these months, one’s deeds greatly influence the balancing rankings. It has particular significance in the Islamic culture and is also guided to as ‘Rajab – the separate month.’ It stands prominent from the other three sacred months that fall together. Rajab is also called from many other names, include

It holds particular importance in the Islamic culture and is also referred to as ‘Rajab – the particular month.’ It stands unique from the other three sacred months that fall together.

During this month, Muslims rise to good deeds and withhold anything Islam advises. The significance of this sacred month is as follows:

It is considered the month of Allah, which is why Muslims pay significant awareness to it. The Prophet Muhammad (PBUH) said that.

Due to this reason, Muslims dedicate their time to prayers and helping the needy during Rajab as the good achieved during the month of Allah earns rewards and blessings.

On the 13th of Rajab, Hazrat Ali was born in the most sacred place in Islam, the holy place of Mecca, the Kaaba. Abu Talib and Fatima bint Asda were his parents.

Lailat al Miraj is marked on the 27th night of the Islamic month of Rajab. This event marked when Allah took Mohammad from Mecca to Jerusalem and heaven. The Prophet Muhammad returned from Lailat al Mi’raj with three gifts to his Ummah.

On the night of Miraj, Allah gifted Prophet Muhammad (PBUH) with the obligation of five times prayer a day.

“O, Muhammad! These prayers need to be performed five times a day. However, there are ten rewards for each prayer! It means fifty prayers.

Worships in the month of Rajab

The best way to prepare the heart to receive divine gifts is through purification and repentance. It has been narrated:

“Seek forgiveness from Allah in the holy month because in every hour of the month Allah releases servants from the Fire.

What Should we do in Rajab?

“It is the month of appealing for forgiveness for my people; so, you should seek forgiveness frequently in this month much more than you do in other months, for Almighty Allah is forgiving and merciful.“

This month is defined as advantageous because mercy has flowed on my people during it so diligently. It is recommended to ask forgiveness and to pray much more.

I ask Allah for forgiveness, and I pray Him to accept my repentance.

Whoever repeats the following imploration for forgiveness 100 times this month and immediately gives charity after it, Almighty Allah will conclude his life with mercy and forgiveness.

Also, whoever repeats it 400 times, will be given the reward of one hundred martyrs:

I seek the forgiveness of Allah. There is no god save Him, the One and Only Who has no partner, and I repent before Him.

Whoever repeats this litany 1000 times, Almighty Allah will decide for him 100,000 rewards and award him 100 houses in Paradise

There is no god but Allah.

What days do we fast in this sacred month?

It is suggested to fast on three days in the sacred months Thursday, Friday, and Saturday.

It has been conveyed that one who fasts on these three days in one of the Sacred Months will be granted the reward of nine hundred years of worship.

What do I recite in this holy month?

A Muslim should recite much more Quran other than the rest of the months.

Allah blesses Muhammad and his family.

I repent before Him.

Every year, when the month of Rajab comes, I recall the supplication:

“O Allah, bless us in the months of Rajab and Sha’ban and enable us to witness and observe Ramadan.”

It is a heightened period for everyone to re-think and evaluate their willingness for the blessings of Allah in the forthcoming blessed months, Rajab, Sha’ban, and Ramadan.

A Muslim leaves no stone unturned throughout the year to attain Allah’s blessings. At the beginning of this month, we look forward to the greatest blessings of Ramadan  Rajab, therefore, is an important place and gateway to Ramadan. As one of the holy months, Rajab appreciates unique values and blessings. Observing willing fasting in the sacred months, including Rajab, is advised. 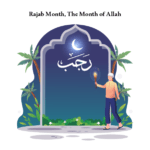 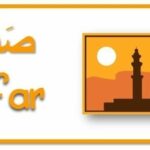