We provide an environment that encourages improving your Quranic Excellence through online one-on-one sessions. We provide you with primary and advanced knowledge of the Quran, correct recitation and proper Makhraj. 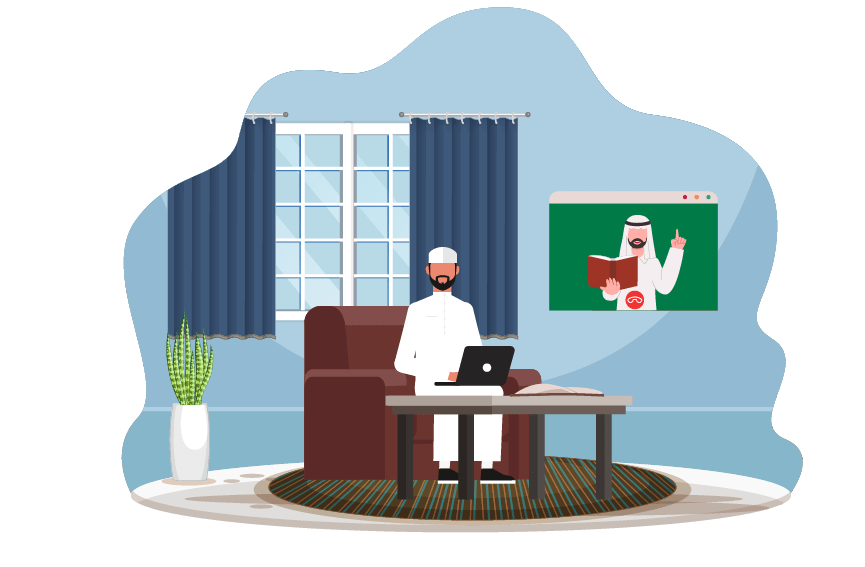 Importance of Quran Memorization in the Light of Sunnah

The Prophet Muhammad (SAW) says that the most honourable people in His Ummah are those who memorize Quran. He (SAW) wanted us to read and memorize Quran.

“The best among you (Muslims) are those who learn the Qur’an and teach it.”

What Are The Benefits of Memorizing the Quran?

Memorizing the Quran is a physical, mental, and spiritual journey that will build a better relationship between Muslims and Allah.

The benefits of Quran Memorization are as follows,

On the Day of Judgement, Allah will be asked the person to recite the Quran. They will ascend Heaven as they begin and stop at their place in Jannah when they finish.

“It will be said to the one who memorized the Quran/held fast on the Quran [together with practising upon it], ‘Recite and ascend and recite just as you would recite in the world, for your abode (in Jannah) will be the last verse you recite.”

When Kids recite the Quran and act upon the teachings of the Quran, Allah Almighty promises shining crowns and beautiful garments in Jannah and their Parents.

“The one who recites the Quran and acts upon it, on the Day of Qiyamah his parents will be made to wear a crown whose light is better than the light of the sun had it been in the dwellings of the world, so what do you think (of the reward) of the person himself”

Memorizing the Quran is the key to understanding the Deen. If memorization is coupled with knowledge of the meaning of the Quran, it helps us to understand the Quran deeply.

Prophet Muhammad (SAW) and His companion lengthened His Salawat to achieve nearness to Allah. A person can achieve long Qayam by reciting more and long Surahs.

Quran Memorizing helps you to sharpen your memory. Hifz stimulates the brain and increases its working capacity.

Memorize Quran to protect you in Duniya and the Hereafter.

How can I memorize Quran Online without forgetting it?

Recite, Repeat and learn again and again until you make sure you have memorized the verse you want to remember. Dividing your page into parts and repeatedly repeat until you are done.

What is the status of the Hafiz e Quran?

The Prophet Muhammad (SAW) called them the most honourable people of His Ummah who memorize the Quran. He will gain the highest rank in Jannah with their parents.

Can I do Hifz on my own?

You can do Hifz by yourself. But it is complicated to do Hifz when there is no one to test you on your lesson. Arrange a highly Qualified and experienced Quran tutor or register yourself at AlQuranClasses to get help memorizing the Quran.

How long does it take to become a Hafiz e Quran?

It depends on the time, memory, and effort one puts in. It takes 3 to 5 years, but some students can memorize the Quran within two or more years.

What is the right age to start Quran?

There is no fixed age for anyone to start memorizing the Quran. That age is suitable whenever you are eligible to learn and understand the Quran.