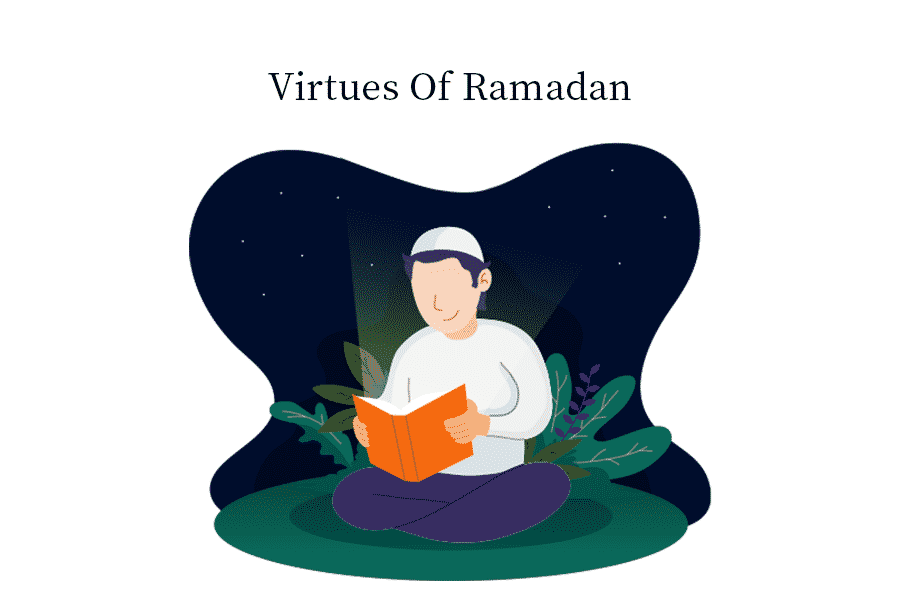 Ramadhan is the most blessed month of the year in Islamic culture. For Muslims, it’s a period for otherworldly reflection and development, to help those out of luck, and to invest energy with friends and family. It’s additionally when Muslims overall quick during sunshine hours for the entire month of Ramadhan.

The blessed month is divided into three stages:

Whose Beginning (First Ashra) is MERCY

Whose Middle (Second Ashra) is FORGIVENESS

Whose End (Third Ashra) is FREEDOM FROM FIRE

What are the virtues and blessings of Ramadan?

A month in which all devils are chained, the doors of Hell are closed, and Heavens’ doors are opened. A month in which Qur’an is revealed, and it is distinguished from other Islamic months based on its virtues. Let’s have a look at these virtues of Ramadan.

Allah has made fasting this month the fourth pillar of Islam. It was also narrated in al-Saheehayn (al-Bukhaari, 8; Muslim, 16) from the hadeeth of Ibn’ Umar that the Prophet (PBUH) said:

“Islam is built on five (pillars). The testimony that there is no god except Allah and that Muhammad is the Messenger of Allah. establishing prayer; paying zakaah; fasting Ramadan, and Hajj to the House (the Kaaba).”

Allah revealed the Qur’an this month. It is narrated in the Quran,

“The month of Ramadan in which was revealed the Qur’an, a guidance for mankind and clear proofs for the guidance and the criterion (between right and wrong)…” [al-Baqarah 2:185]

“Verily, We have sent it (this Qur’an) down in the Night of Al-Qadr (Decree).”

It is narrated in the Quran that we have sent the Quran in the Blessed night in the month of Ramadan.

By the Book that makes things clear;–

We sent it (this Quran) down on a blessed night [night of Qadr, in the month of Ramadan, the 9th month of the Islamic calendar]. Verily, We are warning [humanity that Our Torment will reach those who disbelieve in Our Oneness of Lordship and Our Oneness of worship].

So Dear Brothers and Sisters in Islam, recite in Ramadan the Holy Quran as much as you can.

The reward of fasting in Ramadan

Allah has made fasting in Ramadan and spending its nights in prayer out of faith and in the hope of rewarding a means of forgiveness of sins.

It is narrated in al-Saheehayn (al-Bukhari, 2014; Muslim, 760) from the hadeeth of Abu Hurayrah, according to which the Prophet (PBUH) said:

“Whoever fasts Ramadan out of faith and in the hope of reward, his previous sins will be forgiven.”

And al-Bukhari (2008) and Muslim (174) also narrated from Abu Hurayrah that the Prophet (PBUH) said:

“Whoever spends the nights of Ramadan in prayer out of faith and in the hope of reward, his previous sins will be forgiven.”

as is stated in al-Saheehayn (al-Bukhaari, 1898; Muslim, 1079), from the hadeeth of Abu Hurayrah, who said that the Messenger of Allah (PBUH) said:

Fasting in Ramadan is equivalent to fasting for ten months, as is narrated by the hadeeth in Saheeh Muslim (1164) narrated by Abu Ayyoob al-Ansaari:

“Whoever fasts Ramadan then follows it with six days of Shawaal will be like fasting for a lifetime.”

“Whoever fasts Ramadan, a month is like ten months, and fasting six days after al-Fitr will complete the year.”

Allah has made Laylat-al-Qadr this month, which is better than a thousand months.

It is narrated in the Quran, Allah says

“Verily, We have sent it (this Qur’an) down in the Night of Al-Qadr (Decree).

And what will make you know what the Night of Al-Qadr (Decree) is?

Therein descend the angels and the Rooh [Jibreel] by Allaah’s Permission with all Decrees.

(All that night), there is peace (and goodness from Allah to His believing slaves) until the appearance of dawn.”

Allah has blessed Ramadan with Laylat-al-Qadr. Explaining the great status of this blessed night, Surah-al-Qadr was revealed, and many Hadith also speak of that. Such as, the hadeeth of Abu Hurayrah narrated that the Messenger of Allah (PBUH) said:

“There has come to you Ramadan, a blessed month which Allah has forbidden you to fast, during which the gates of heaven are opened, the gates of Hell are closed, and the rebellious devils are chained up. There is a night better than a thousand months in it, and whoever is deprived of its goodness is indeed deprived.”

Itikaf- Retreat for worship in Ramadhan

It is Sunnah to observe i’tikaf (retreat for worship) in Ramadan. It is because the Prophet (PBUH) always did that, as it was narrated in the hadeeth of ‘Aa’ishah (may Allaah be pleased with her), that the Prophet (PBUH) used to spend the last ten days of Ramadan in i’tikaf until he passed away, then his wives observed i’tikaf after him.” Narrated by al-Bukhaari, 1922; Muslim, 1172.

It is mustahabb in the sense of being strongly recommended in Ramadan to study the Qur’an together and to read it a great deal:

You may study the Qur’an together by reciting it to someone else and by having someone else recite it to you. The evidence that this is mustahabb is that Jibreel used to meet the Prophet (PBUH) every night in Ramadaan and study the Qur’an with him. It was narrated by al-Bukhaari, 6; Muslim, 2308.

Reading Quran is mustahabb in general, but more so in Ramadan.

It is mustahabb in Ramadan to offer iftar to those who are fasting. It is because of the hadeeth of Zayd ibn Khaalid al-Juhani (may Allaah be pleased with him) who said: The Messenger of Allah (PBUH) said:

“Whoever gives iftar to one who is fasting will have a reward like his, without detracting from the fasting person’s reward.“

So try to arrange iftaar for fasting Muslims, especially those who are needed and have limited resources.

The Blessed Month has reached us again, Alhamdulilah! Let’s aim to get the most out of its virtues and Blessings. May Allah accept all our Fasts, Prayers and Supplications and help us keep Ramadan’s spirit alive for the whole year Ameen. 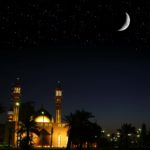 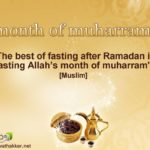 The Virtues of Ramadan