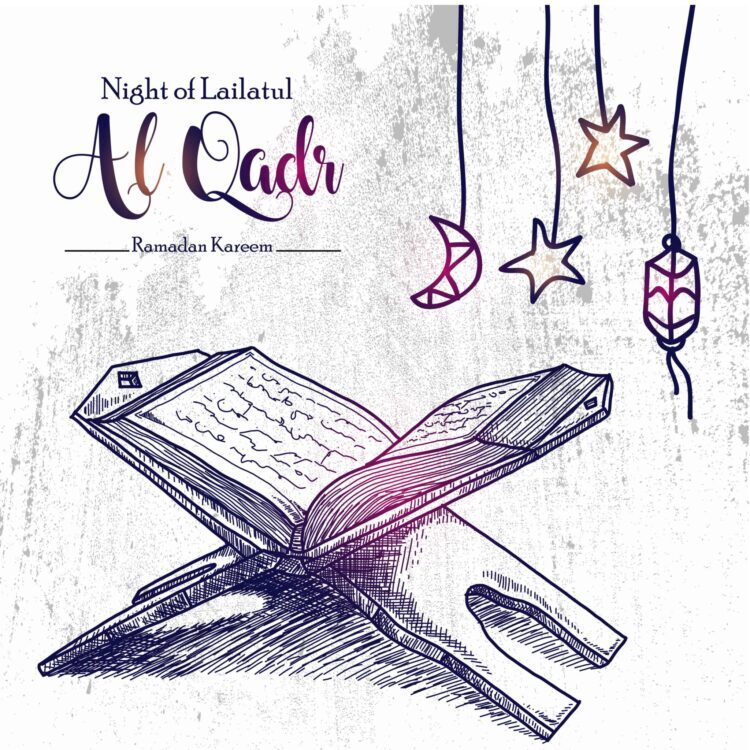 The significance of Laylatul Qadr (The Night of Decree):

Another important factor related to this night is that in it, every decreed matter is conveyed. As mentioned in Al-Quran:

It is known from the Hadith that Allah took the exact knowledge of when Lailatul Qadr falls because some people argued. Ubaadah ibn as-Saamit (R.A) said:

Also, it is reported from the Prophet (P.B.U.H) that:

“Verily I saw Lailatul Qadr, and I was caused to forget it, and indeed it is during the last ten (nights). It is during an odd night”

So the night of Decree occurs in odd-numbered nights during the last ten days of Ramadan. It may be on the twenty-first, twenty-third, twenty-fifth, twenty-seventh, or twenty-ninth. Aisha (R.A) narrated:

“Allah’s Messenger (P.B.U.H) used to practice Itikaaf in the last ten nights and say: ‘Seek out Lailatul-Qadr in the (odd nights) of the last ten days of Ramadhan.” (Bukhari, Muslim)

If someone is too weak and unable to pray for all odd nights, he must not let go of the last seven nights. Ibn Umar (R.A) reports:

“Allah’s Messenger (P.B.U.H) said: “Seek it in the last ten, and if one of you is too weak or unable then let him not allow that to make him miss the final seven.” (Bukhari, Muslim)

How should we observe Laylatul-Qadr:

“Whoever stands in (Prayer) in Lailatul-Qadr out of Eemaan and seeking reward then his previous sins are forgiven.” (Bukhari)

2. We should supplicate at the night of Lailatul Qadr. Hazrat Aisha (R.A) reported,

“O Messenger of Allah! What if I knew which night Lailatul-Qadr was, then what should I say in it?” He said: “Say: Allaahumma innaka ‘affuwwun tuhibbul ‘afwa fa’fu ‘annee.” (O Allah, You are forgiving and You love forgiveness, so forgive me).” (at-Tirmidhi)

“The Prophet (P.B.U.H) used to exert himself in the last ten nights more than he would at other times.” (Muslim)

If one misses this blessed night, it is as if he has lost a lot. Therefore every Muslim should pray and hope for the great reward associated with this night.

Let’s keep the spirit of Ramadan ALIVE even after this Ramadan by learning the Quran. Join AlQuran Classes to learn Quran ONLINE. Take 3 Days FREE TRIAL