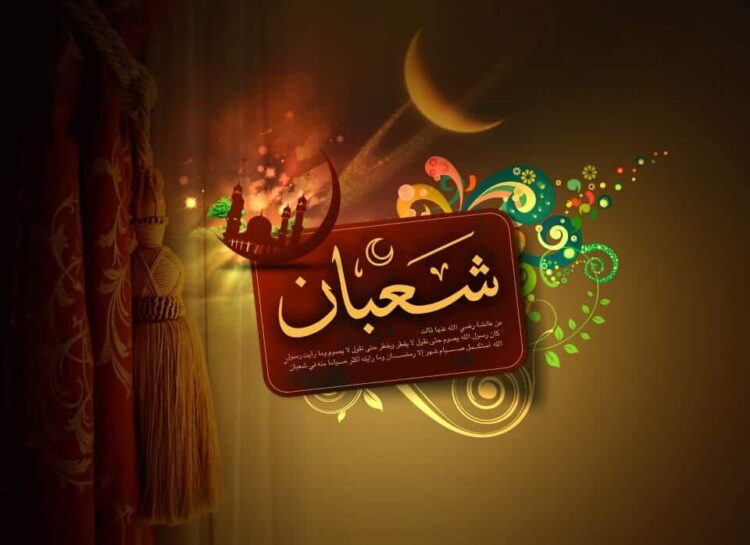 Shaban is my month, Rajab is Allah’s month, and Ramadan is the month of my Ummah.”

Shaban month is the 8th month in the Islamic calendar. And is considered as one of the worthy months for which we discover specific guidelines in the Sunnah of Prophet Muhammad. Prophet Muhammad used to quick the greater part of the Shaban month except for the most recent couple of days of the month.

So I asked him. How is it I always see you fasting in Shaban? And He (peace be upon him) said: “O’ Aisha, it is the month in which the angel of death has to note down the name of anyone whose soul he must take before the year is out. So I would rather he did not record my name except while I am fasting.” So Hazrat Aisha (may Allah be pleased with her) said, “The dearest of months to our Prophet Hazrat Muhammad (peace be upon him) was Shaban, which he would link to Ramadan.”

Allah’s beloved Hazrat Muhammad (peace be upon him) said about Shaban month:

“Anyone who fasts on the last Monday of Shaban will be granted forgiveness.”

Shab-e-Barat in the Shaban Month:

This is the night happening between the 14th and 15th days of Shaban month. Conventions of Prophet Muhammad demonstrate that it is an exemplary night in which the people of the earth are gone by uncommon Divine Mercy.

Duas and Supplications in This Month:

Recite the following 1000 times, whenever the count reaches 1000, at any time within the Shaban month, the mal is complete:

There is no god save Allah. We do not worship save “He” alone, making religion pure for Him (only) However, the disbelievers are averse.

“If a person recites four units (Rak’ats) Namaz in the month of Sha’ban. Such that in each unit (Rak’at) after Surah-al-Hamd recites 50 times Surah-at-Tawheed. Death will remove his spirit with ease. And his grave will become spacious, and on the day of Qiyamat when he comes out of his grave; his face will be shining bright like a full moon, and ‘Kalmae Shahadat’ will be on his lips.”

In this way, a practicing Muslim must esteem the Shaban month as explained in the hadiths of the Prophet (P.B.U.H.). So, that the Shaban month is unique, and conferring great deeds in this month carries special value. And can help a Muslim increase countless favors from Allah Almighty in addition to receiving pardon and forgiveness.