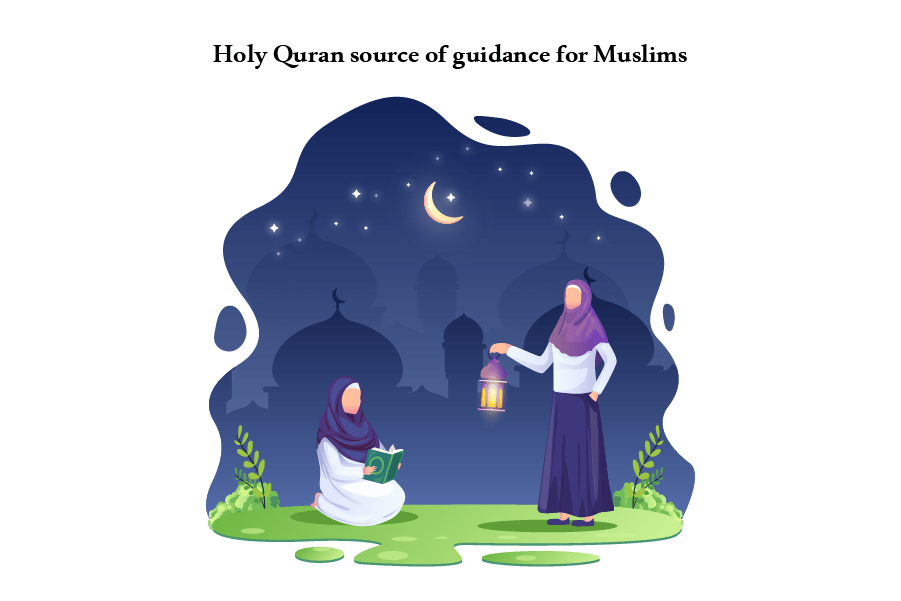 The Quran is planned to provide guidance and direction for Muslims. It regulates the relationship between a servant and his Creator and within the members of a family and society, be it amongst fellow Muslims or non-Muslims.

“Say: ‘Truly, my prayer, my sacrifice, my living, and my dying are for Allah, the Lord of the worlds.

Quotes From Quran About Guidance:

All the guidance is from Allah Almighty. the quotes form Quran about guidance are

“Indeed the only guidance is Allah’s Guidance!”
(Al-Quran 6:7)

Guidance is the most precious blessing that one can have. It is only Allah’s guidance that guides you to the straight path. If someone is on the right path, the Blessing of Allah guides them on the difference between right and wrong deeds.

A believer should seek guidance from Al-Quran; it contains the proper guidance. Allah revealed Al-Quran just for the guidance of Human beings because Creator knows where success and failure lie.

As Allah says in Quran,

“And declare (O Muhammad) that [the Quran] is a guidance and healing for the believers.”
(Al-Quran 41:40)

One more point, Quran discriminates between wrong and right so humankind can understand well.

“A guidance for mankind and clear evidence and discrimination (between wrong).”
(Al-Quran 2:185)

A true believer always turns back to Allah no matter how many times we have messed up. When your Iman is at its lowest, you have to seek guidance. Remember! Allah guides those willing to guide by the quotes from Quran, so have the effort to seek guidance. We seek guidance five times a day while offering prayer (in Surah Fatiha).

In the Quran, Allah ask us to seek guidance,

“The path of those upon whom You have bestowed favor, not (the path) of that evoked [You’rer] anger or of those who are astray.”

Importance of the Holy Quran:

The Holy Quran guidance provides us the complete code to the Muslims to carry on a decent, modest, rich, and remunerating life in dutifulness to the charges of Allah. in this life and to pick up salvation in the following. It is the “graph of life” for each Muslim and the Kingdom’s constitution of Heaven on Earth.

The prime center of Islam is to verify that the most extreme of its supporters rests in the sky in the hereafter. On the other hand, keeping in mind the end goal to do such. But the supporters need to carry on with this life as indicated by the guidelines of Islam and take after the way of good nature. Unlike different religions, the way of good nature is not identified with religious customs and commitments just. Instead, honesty is to be seen in each part of life, which is why Islam gives proper guidelines for life.

The Holy Quran’s guidance changes the primary shepherds and meandering Bedouins of Arabia into the organizers of domains, the manufacturers of urban communities, and the gatherers of libraries. On the off chance that the progressions assess an arrangement of religious teachings, it brings into the lifestyle. So, the traditions and convictions of its adherent, then The Holy Quran guidance takes as a code of life is second to none.

Islam’s religion is better than any other in that it promises bliss in man’s life. Because for Muslims, Islam is a conviction framework with reasonable and pragmatic laws that have their source in the Holy Quran guidance.

And do not consume one another’s wealth unjustly or send it [in bribery] to the rulers in order that [they might aid] you [to] consume a portion of the wealth of the people in sin, while you know [it is unlawful]. 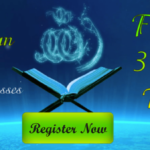 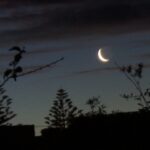 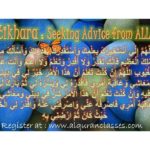 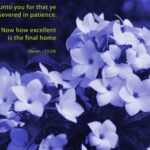