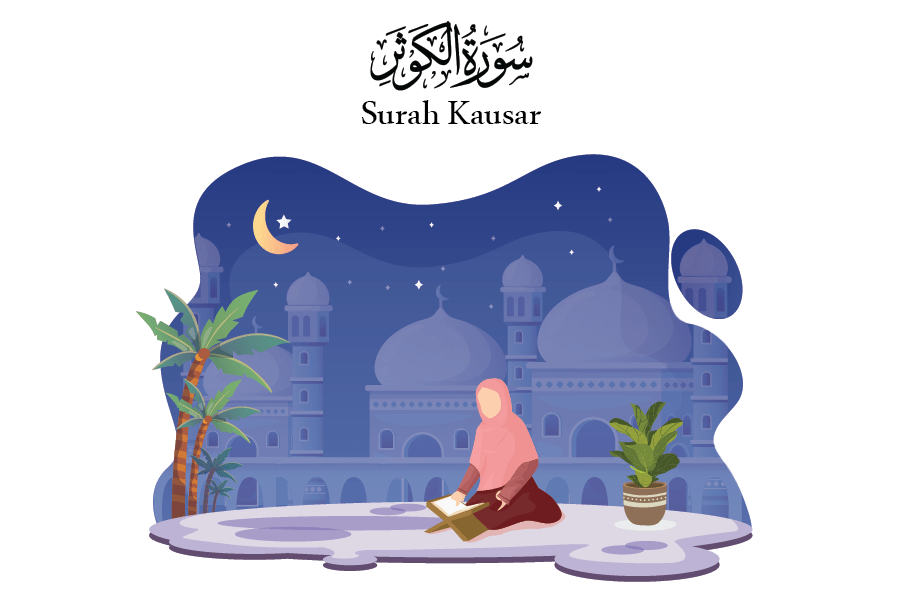 Surah Kausar, in which Allah Almighty comforted the Prophet Muhammad (SAW) and assured him of the abiding and profuse goodness Allah had chosen for Him.

Why was Surah Kausar revealed?

In the name of Allah, the most Compassionate, the Merciful.

Indeed, We have granted you, [O Muhammad], al-Kausar.

So pray to your Lord and sacrifice [to Him alone].

What is Al-Kausar means in Surah Kausar?

Al-Kausar means abundance in Arabic, and it is the name of the river in Paradise.

“I entered Paradise and came to a river whose banks had tents made of pearls. So, I thrust my hand into its flowing water and found that it was musk’s most potent (smell).

He replied, “This is Al-Kausar which Allah, the Mighty and Majestic, has given you.”.

The one who recites Surah Al-Kausar would obtain water from the fountain of Kausar in heaven on the day of Judgement.

If you fear your enemies, recite Surah Kausar to get the protection of Allah against your enemies. In the last verse of the Surah Kausar, Allah Almighty insured Prophet Muhammad (SAW) that His enemies would never be victorious in anything they do.

Allah is the most generous giver if you are suffering from poverty and do not have any resources. Recite Surah Kausar daily, and it will open all the sources of wealth for you. Not just to increase wealth but also to protect from theft and enemies.

Surah Kausar will protect you from every kind of disease, either physical or mental.

Recite Surah Kausar if you want to fulfill your right desires. You will get the blessings of Allah Almighty by reciting Surah Kausar.

Surah Kausar is the shortest Surah of the Quran and consists of Three verses.

The Surah was revealed before the Migration to Medina when Prophet Muhammad (SAW) was experiencing tyranny and hardship from the Quraish and the residents of Makkah.

The Surah Kausar was revealed to console Prophet Muhammad (SAW) at the death of His son and to reassure him that he is blessed with limitless spiritual abundance.

What is the lesson in Surah Kawthar?

Every Surah of the Quran has specific lessons. In the Surah Kausar, we learn that Allah Almighty never abandons His Prophet and supports him constantly, especially when his enemies insult him.

In the first verse of the Surah,

Indeed, We have granted you, [O Muhammad], al-Kausar.

“Verily, it (Al-Kauthar) is a river that my Lord, the Mighty and Majestic, has promised me and has abundant goodness. It is a pond where my Ummah (followers) will be brought to on the Day of Judgment. Its containers are as numerous as the stars in the sky.” [Narrated by Muslim]

In the second verse, Allah Almighty asked His Prophet always to be grateful to Allah for everything.

So pray to your Lord and sacrifice [to Him alone].

In this verse, prayer and sacrifice have been mentioned, mainly because they are two of the best acts of worship and means of drawing close to Allah.

Prayer and sacrifice have to be offered solely for Allah. Offering them to others besides Allah puts a person beyond the pale of Islam.

In the above verse, Allah warns those people who hate Prophet Muhammad (SAW) and the message he brings. Such People will be cut off from all good in this world and life after death.

How to memorize Surah Mulk?

Memorizing Surah Al Kauthar is easy for those who want to memorize it wholeheartedly. Just follow a few tips to learn Surah, 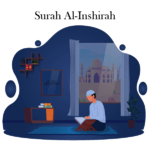