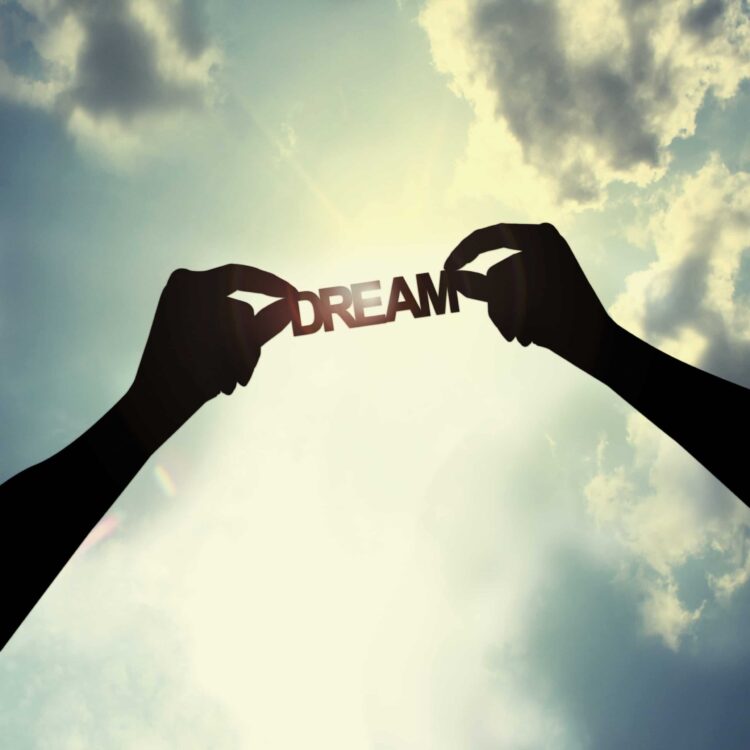 As the sun appeared on the horizon and bathed the earth with light, a beautiful small boy awoke from his sleep, delighted by a strange but pleasant dream he had in sleep. He ran to his father to tell him about the dream. What he saw was very fortunate, he saw 11 stars, moon, and sun prostrating themselves to him. The wise father immediately interpreted the dream, and told his son, not to tell anyone about it. The dream indicated something very much fortunate and luck. It foretasted the boy to be a Prophet one day and the 11 stars bowing in front of him indicated his dominance over his 11 brothers.

Dear readers, that beautiful boy was Prophet Yusuf (A.S) and his father was prophet Yaqub (A.S) and this scene is from verse no:4 of surah Yusuf in the holy Quran.

“O my father! Verily, I saw (in a dream) eleven stars and the sun and the moon, I saw them prostrating themselves to me.” (Ch 12:4)

And the very next verses explain the advice done by prophet Yaqoob (A.S) or Jacob (A.S) :

“O my son! Relate not your vision to your brothers, lest they arrange a plot against you. Verily! Satan is to man an open enemy! Thus will your Lord choose you and teach you the interpretation of dreams (an other things) and perfect His Favor on you and on the offspring of Jacob, as He perfected it on your fathers, Abraham, and Isaac afore time! Verily! your Lord is All-Knowing, All-Wise.” (Ch 12:5-6)

And in his later age, Yusuf (A.S) or Joseph (A.S) was blessed with the gift of Prophecy as exactly forecasted by the dream. and when in his imprisonment joseph came across 2 more dreams (of his companions of prison )

“No food will come to you (in wakefulness) as your provision but I will inform (in wakefulness) its interpretation before it (the food) comes. This is of that which my Lord has taught me. Verily, I have abandoned the religion of a people that believe not in Allah and are disbelievers in the Hereafter. And I have followed the religion of my fathers, – Abraham, Isaac, and Jacob and never could we attribute any partners whatsoever to Allah. This is from the Grace of Allah to us and to mankind, but most men think not (i.e. they neither believe in Allah nor worship Him).

“O two companions of the prison! Are many different lords (gods) better or Allah, the One, the Irresistible? You do not worship besides Him but only names which you have named (forged), you and your fathers, for which Allah has sent down no authority. The command (or the judgment) is for none but Allah. He has commanded (His Monotheism), that is the true, straight religion, but most men know not.

“O two companions of the prison! As for one of you, he (as a servant) will pour out wine for his lord (King or master) to drink; and as for the other, he will be crucified and birds will eat from his head. Thus is the case judged concerning which you both did inquire.”

And he said to the one whom he knew to be saved:

“Mention me to your lord (your King, so to get me out of the prison).” But Satan made him forget to mention it to his lord (or Satan made Joseph to forget the remembrance of his Lord (Allah) as to ask for His Help, instead of others). So Joseph stayed in prison a few more years.” (Ch 12:36-42).

All these Quranic evidence explains that dreams do have meanings and are related to some reality. It means Islam does give them value.

There are basically 3 types of dreams

“There are three types of dreams: a righteous dream which is glad tidings from Allah, the dream which causes sadness is from Shaitan, and a dream from the ramblings of the mind. (Sahih Muslim)

Good dreams usually consist of people doing halal or law full acts, or some happy incident, meeting some gracious personality, etc. True dreams come to those people who are true in their lives as Prophet Muhammad (saw) said :

“Nothing is left of Prophet hood except glad tidings.” Those with him asked, “What are glad tidings?” He (S) replied, “Good dreams.” (Sahih Al-Bukhari)

What To Do In Case Of A Good Vision:

“If anyone of you has a dream that he likes then it is from Allah. He should thank Allah for it and narrate it to others.”(Sahih Al-Bukhari).

Whenever one experiences a good dream, one should thank ALLAH ALMIGHTY and him/she may share that dream with those one likes.

“If one sees a good dream, let him expect good, and not tell it except to those he likes.” (Muslim)

A very good practical example of it could be, forbidding of Prophet Yaqoob to Prophet joseph about telling the dream to his brothers.

“O my son! Relate not your vision to your brothers lest they arrange a plot against you. Verily! Satan is to man an open enemy.” (Surah Yusuf 12:5)

The reason was, brothers of Yusuf (a.s) were jealous of him. And there was a chance of an increase in jealousy if the dream was told to them.

As explained in the Hadith mentioned above, bad dreams come from shaitan. One must not get frustrated about them; instead, he/she must follow the procedure prescribed by Prophet Mohammad (saw)

What To Do In Case Of bad dream:

Whenever one experiences a bad dream, one should do the following steps:

“So when one of you sees a dream which he does not like, he should spit on his left side three times, seek refuge with Allah from Shaitan thrice, and change the side which he was lying (Sahih Muslim) and in another narration in Muslim, Muhammad (S) told us if we spit three times and seek refuge from Allah then it (the dream) will not harm them.” (Sahih Muslim)

…If he has a dream that he dislikes, then it is from Shaitan. He should seek refuge with Allah from its evil, and he SHOULD NOT MENTION IT TO ANYBODY, then it will not harm him.” (Sahih Al-Bukhari)

Increase your daily Quran dose! To have good dreams!