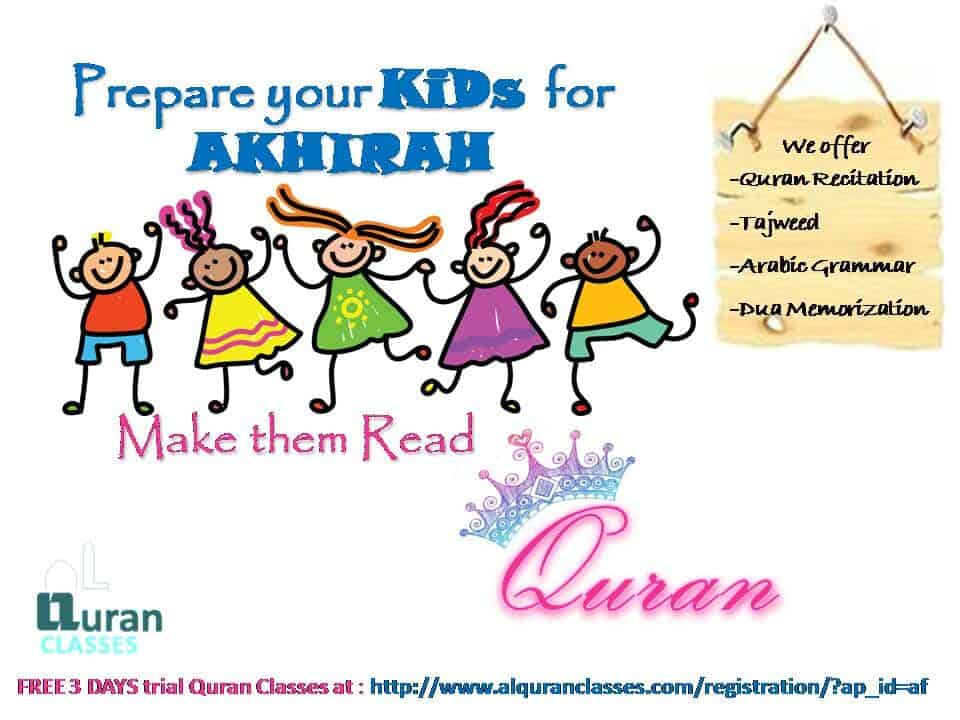 Life is name of change. Every one experiences many turns and twist in his life. But i guess the first important most change comes in life when one gets married. and the second one is, when one becomes parent. Especially if you are a mother, your duties and responsibilities increase many folds. Like all normal cases, getting married was a big change in my life. And then becoming a mother was the even bigger change. And story did not end here. by each coming day i realized the severity of my responsibility of mother hood. Like every mother, my biggest goal was to up bring my children in best manners, especially to make them perfect servants of ALLAH izza wa jal.

But my elder son Ahmed was causing trouble. that child has been a little stubborn and obstinate since his child hood. May be because he was our very first child, so over dosage of love encouraged this attitude in him. I tried to teach him different duas and verses. when i thought he is old enough to memorize them. And encouraged him to offer salaah, but his response was very discouraging. Now he has reached in 9th grade , but still he was showing same ignorant behavior.

He tries to delay his salaah, at maximum, never gets up to pry on his own, tries to find out excuses to leave pray etc. Condition got more problematic and tensed when Ahmed’s attitude started influencing my younger children too. It is an obvious thing, if one child is misbehaving , it provokes mischievous attitude in others too. I used to get too much worried and tensed about religious grooming of my children. They were not as good towards religious obligations as much i wished them to be.

One day we went to meet one of my old friend,  as she invited us all, so my kids were going along me too. They were so excited to meet new friends, as i told them my friend had kids of almost same ages. Upon reaching there , every one was happy and excited. her kids were frank, so they all became pretty good friends in this less time. Every one was enjoying, i was having conversation with my old friend, and kids were playing with each other. Then some thing happened which drew my attention. It was, Adhaan called.

And to my surprise her children all rushed for prayers without reminders or quarrel. My friend wasn’t much religious as per my knowledge. but the discipline and behavior her children showed towards religion was truly surprising for me.as i was experiencing much troubles in this regard. So i asked her, whats the key behind it ? how does your children pray on themselves without quarrel or a reminder?

Dua for Children to pray on themselves:

She replied , i used to pray a dua, since i was unmarried and even now. The Supplication is in the Surah Ibrahim .[14], ayah # 40 سُوۡرَةُ إبراهیم

And the Supplication is…

[14:40] O my Lord! make me one who establishes regular Prayer. and also (raise such) among my offspring O our Lord! and accept Thou my Prayer.

After she told me dua, I began to recite it in every sujud in my prayers and any time i could. since i began to recite the dua, my son is now first to prayer with out reminders or quarrels. He gets up in fajar prayer easily and takes care of his salaah by him self, now i dont force him to pray. And all other kids are also now eager to pray, with out any difficulties.

I must recommend you, start today, donot wait for until you get married or have kids. As you know this old proverb ” Prevention Is better than Cure”. May ALLAH subaha hu wa tala make us take care of our salaahs, and guide us and our offspring on right path. Ameen !