Hazrat Khadijah-Mother of the believers 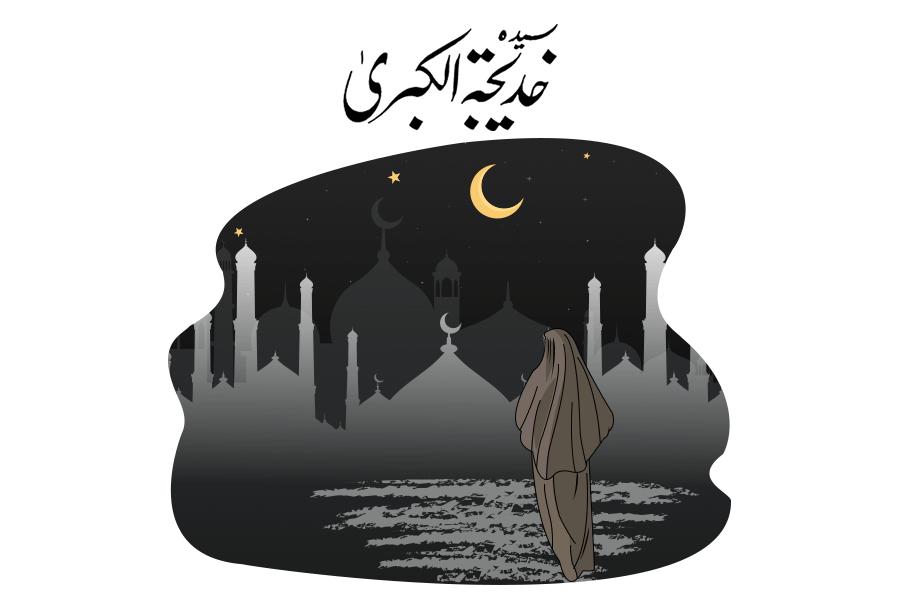 Khuwailid was respected among his tribe and settled in Makkah Mukarrama. Hazrat Khadijah (RA) was born 15 years before the Aa’mul Feel (Year of the Elephants). She earned the title of ‘Tahira’ due to her pure character. She did her first marriage with Abu Hala bin Banash tameemi, but unfortunately, he passed away. Sometime later, the young widow married Ateeq bin Aabid Makhzum and one daughter Hinda was born from him. But this marriage soon broke up on the grounds of incompatibility.

Her father was killed in Harbul Gujjar (Battle of the Gujjar). She had no one to trade, so Hazrat Khadijah (RA) hired people to trade for her. Her policy was to employ hardworking, honest, and discriminating managers to deal on her behalf. She was very successful as a businesswoman. She exported her goods to far-away markets like Syria, and her managers bought goods from those markets to be sold at home. Makkah was the center of international trade fairs and was a very profitable market for the goods brought back. The managers would get 50% of the profit, which was enough incentive.

Best tradesman selected for her by Allah

Hazrat Khadijah (RA) heard of Prophet Muhammad(SAW) ‘s reputation amongst the people of Quraish as being Al-Sadiq (the truthful) and Al-Ameen (the trustworthy). She asked him to lead her trade caravan to Syria and offered him twice as much commission as she had offered others. Prophet Muhammad (SAW) accepted her offer and proceeded to Syria with Hazrat Khadijah (RA) ‘s old and trusted slave Maysara. The trip proved fruitful and doubled the profits as those made in previous years. Maysara related to Hazrat Khadijah (RA) the impeccable behavior of Prophet (SAW), his wisdom in his dealings, honesty, and virtuous character that he observed on the trip.

Hazrat Khadijah’s (RA) ‘s excellent reputation, virtuous character, high status, and wealth had earned a desire in the hearts of the men of Quraysh to marry her. But she was so impressed by the Prophet Muhammad (SAW’s character that she sent a marriage proposal to him through her friend Nafeesa. The nikah was conducted at Hazrat Khadija (RA) ‘s house, by Abu Talib, in close relatives of both the husband and wife.

Prophet Muhammad(SAW) was 25, and Hazrat Khadijah (RA) was 40. Haleema Saadia, who nursed the Prophet Muhammad(SAW) in his infancy, was specially invited to the wedding. When she left after the festivities, Khadijah offered her household goods, a camel and forty goats, as an expression of gratitude to the lady who had taken such good care of Muhammad (SAW) in his infancy.

Life after Marriage to Prophet Muhammad(PBUH)

Khadijah was very blessed, and already momina rejected idolatry. She loved Prophet (SAW) immensely, and even though she enslaved people at her disposal, she would always serve him herself.

The hadeeth mentioned in Al-Bukhari shows how Hazrat Khadijah (RA) supported Prophet Muhammad(SAW) on time of the first revelation when no one else did, how she consoled him in his time of need and further helped him understand what had happened by taking him to Waraqa(her cousin).

Hazrat Khadijah (RA) used to pray in secrecy along with Prophet (SAW) when it had not been made Farz (obligatory).

When Islam had just awakened, Hazrat Khadijah (RA) proved to be a significant benefactor to Prophet (SAW):

Her high reputation and status resulted in the unbelievers reducing their torture of the Prophet (SAW). When they did torture him, she used to console him by telling him how their tactics were so weak and would not affect Prophet (SWS).

The Quraish drove out the entire family of Prophet (SWA) in the 7th year of Prophethood outside of Makkah Mukarrama, where they lived for three years in a dismal state. Their food supplies soon finished, and the adults were reduced to eating leaves from trees.

At that time, Hazrat Khadijah (RA) ‘s relatives send food supplies to them secretly. On one such occasion, her nephew took some supplies to Hazrat Khadija (RA) when Abu Jahl tried to stop him. A man saw what was happening, even though he was an unbeliever. He told Abu Jahl to let the nephew go and asked him not to stop a nephew from helping out his Aunt.

Even at this difficult time, Hazrat Khadijah (RA) becomes the reason for comfort and ease for the Prophet (SAW) and his family.

Hazrat Khadija (RA) passed away in the 10th year of Prophethood at 65.

She lived for 25 years with Prophet Muhammad (SAW). When Prophet Muhammad(PBUH) saw her in the throes of death, he consoled her, saying. Allah had so ordained it, and the thing she was dreading would prove favorable for her. Her eyes lit up as she gazed at her beloved husband, and her soul left its earthly body. Muhammad (SAW) lowered her in her grave in Hujjoon, near Makkah.

“Let Laat be, Let Uzza be..”.She was the first to hear the Quran from the tongue of Prophet Muhammad (SAW).

His one companion narrates that whenever any gift is brought to him. He would immediately send it to some lady who was a friend of Hazrat Khadijah (RA). Aisha (RA), a favorite wife of Muhammad (SAW), says that the Prophet’s goat is slaughtered.

Muhammad (SAW) would send some meat to Khadija’s friends. When she remarked about this on one occasion, he told her,

“I’ve great regard for her friends, as she has a special place in my heart.”

“Her love had been nurtured in my heart by Allah Himself.”

It is related that Abu Hurayra said,

“Jibril came to the Prophet, may Allah bless him and grant him peace, and said, ‘O Messenger of Allah, this is Khadija who is coming with a dish containing soup, food or a drink. When she comes to you, give her the greeting from her Lord and me and give her the good news of a palace of jewels in Paradise, in which there is no noise and no toil.'” 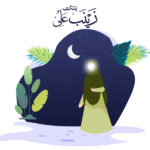