Once the Holy Prophet (Pbuh) was in his place and his companions were gathered around him to hear the words of knowledge and guidance. It was a usual meeting.  Suddenly a poor man in rags appeared and saluted the assembly:

“Salamun Alaikum” (Pbuh)
And then he find g a vacant place comfortably and sat down.

The Prophet (Pbuh) had taught them that all Muslims were brothers and in this assembly one should sit wherever he finds a place, regardless of any status or creed. Now, it so happened that this poor man was seated with a very rich man.

The rich man felt very worried and tried to collect the edges of his dress around himself, so that the poor man did not touch his dress. The Prophet (Pbuh) observed all this and then he addressed the rich man he (Pbuh) said:

” Perhaps you are afraid that his poverty would affect you?”

” No, O Messenger of Allah,” he replied.
“Then perhaps you were apprehensive about some of your wealth flying away to him?”

” No, O Messenger of Allah.” He replied

Prophet (Pbuh) again said:
“Or you feared that your clothes would become dirty if he touched them?”
” No, O Messenger of Allah.” The rich man answered
” Then why did you draw yourself and your clothes away from him?”
The rich man said:

“I admit that was the most unwanted thing to do. It was amistake and I admit my guilt. Now to make amends for it I will give away half of my wealth to this Muslim brother so that I may be forgiven.”
Just as he said all this, the poor man rose and said,

” O Prophet of Allah, I do not accept his offer.”
all the people present there were shocked, they thought that the poor man was a fool, but then he explained that:

” O Prophet of Allah, I refuse to accept his offer because I fear that I might then become arrogant and ill-treat my Muslim brothers the way he did to me.” 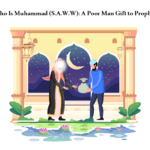 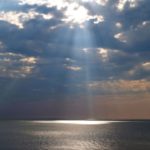 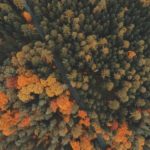