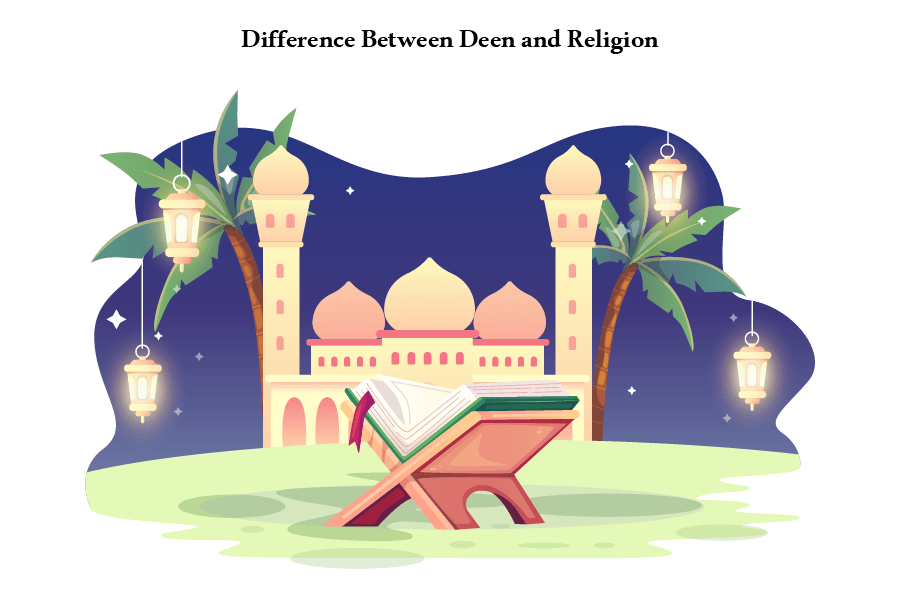 Next time anyone asks you about the difference between deen and Religion, you won’t stay quiet!

Religion or “Mahzab” comes from the root “zahab,” which means to go, pass by or walk. Literal meanings of Religion are faith, belief, and mannerisms.

Having a Latin origin, “religion” means binding together (from the verb religion meaning to bind together). Religion is a bond between a religious devotee and his God. This devotion is all about rituals and faiths.

It encompasses reward, a complete code of life with an applicable social, economic, political, and religious system. Deen is divine and dynamic as well. It is a collection of institutions, social order, practices, and beliefs.

Indeed, the Religion in the sight of Allah is Islam.

Difference between Deen and Religion:

The first difference between deen and Religion is a concept. The frame of reference for both is different. Religion is an individual matter, but deen is a collective matter. Religion focuses explicitly on the rights of ALLAH. The center of Religion is ALLAH and its worship, but the center of Islam as a Deen is a HUMAN being. So, deen has a broader canvas than Religion.

Deen has been approved of and favored by ALLAH subhana hu wa taala and is also complete in all dimensions.

Islam is a deen

A question arises here from the claim that Islam is a deen, not just a Religion.

Islam has its unique economic system, which is neither capitalistic nor communistic. Unlike the modern interest-based banking system, Islam promotes “ishteraak.”

This thought can end the on-and-off wars between the two ideologies and frequent economic recessions.

Similarly, Islam also provides complete guidelines on governance and administration. It provides a system of government in mid of monarchy and democracy, eliminating flaws of both systems and adding some unique Islamic concepts.

Clear guidelines on public administration. It even teaches about the rules of war! How to treat noncombatants, military strategies.

Unlike the system of the west, which is based on “Freedom.” Islam gives a social system based on “brotherhood.” Just as Ibn-i-khuldoon identifies that Al-Asabiya, social solidarity is a necessary component for the health and evolution of a society, Islam has also emphasized social solidarity in the form of the concept of brotherhood, where individual actions can have a collective effect.

Islam is a Magnificent Deen:

Since the epicenter of Deen is human, Islam is such a magnificent deen that it guides the existence of other religions under its dominance. And these guidelines are not hypothetical. Their demonstration was shown by Prophet Muhammad (Peace Be Upon Him) and the rightly guided caliphs in the state of Madina. The concept of jizya tells a peaceful co-existence of multiple religions under a magnificent dominant system of Islam as a deen.

Sadly, this magnificent complete code of life for HUMANITY has been shrunken to Religion for Muslims only. Unfortunately, we disturbed the recipe’s ingredients, missed out on most of them, and complained about tasteless desserts.

When implemented in a partial and restricted form, any protocol would not bring about optimum results claimed by the protocol’s author. So is the protocol faulty? Or the person who performs it is?

In other words, if today, Muslim nation-states ( remember we are divided into a nation-state.

We no more act as an Ummah, which Islam devised) face difficulties and experience terrible internally and externally sponsored violence. Does the fault lie in Islam? Has Islam failed? or have we died as Muslims? 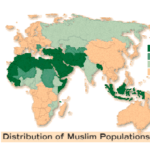 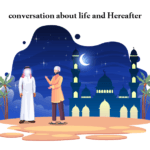