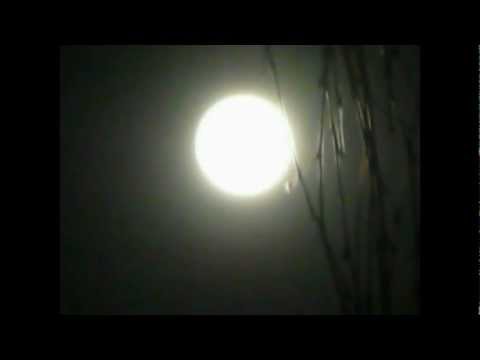 Dear Fellows! Man is weak by nature. He can have no strength except by obeying his Lord.Someone is faced by evil powers, confronted by lustful desires and fought from all angles by different kinds of difficulties. The only way to overcome these problems is to return to Allah and seek refuge with Him.

How can you return to Allah???

Surely you should obey and worship the Almighty Allah. Night is the time of full silence when you are frees all worldly tensions and duties. The night is the arena for the high-minded people. It is the provision for the journey of life. That is the time when you can bow before Allah and ask for your forgiveness.

“And during the night, wake up for salah, an additional prayer for you. It is very likely that your Lord places you at a praised station.”

There is a great reward for sacrificing your sleep for the sake of Allah and offer night prayers. Allah says that those who stand before HIM during the hours of darkness are not equal to those who sleep during whole night.

“Or, can he who remains in devotion during the moments of the night in a prostrating and standing position, who even dreads the hereafter and anticipates the benevolence of his Sustainer, (be equal to him who is bent on disobedience)? Say: “Are the enlightened ones and the illiterate equal?” The truth is that only men of understanding take heed.

“Certainly in the night, there is a moment in which, if coincided by a submissive person asking Allah of the good of this world and the hereafter, Allah gives him whatever he asks for, and that is the entire night. (Muslim)

“What prayer is most virtuous after the obligatory prayers?” the Holy Prophet (SAW) replies ““Prayer in the depths of the night.”

“When the Nabi of Allah (SAW) firstly came to Medina, all of the people rushed towards him. I was one from amongst them. When I looked at his (SAW) face and I was very certain that it was him, I realized that his face was not the face of a liar. Abdullah bin Salaam continues saying that from among the first things that I heard him (SAW) saying was, “O people, Spread the greeting among yourselves and feed others and join family relationships and perform prayers in the night when people are asleep, you will enter Paradise peacefully.

(Tirmidhi, Ibne Majah, Hakim and he says that this Hadith fits the conditions of Bukhari and Muslim)

“I said, “O Nabi of Allah, whenever my eyes fall upon you, I am overjoyed and my eyes are cooled. Inform me of everything? Nabi (SAW) said, “Everything is created from water”, and then I asked him to inform me of an act, that if I do it, I will enter into paradise. He (SAW) said, “Feed others and spread Salaams and join family ties and pray at night when people are asleep, you will enter paradise peacefully”.

Prayer a way to turn back to Allah:

Prayer easy is to turn back to Allah with sincerity, to have good thought of Him, to hope for what is with Him and to refrain from committing sins. Also, eat little food, for whoever eats much food will feel heavy and sleep deeply. Wahb Ibn Munabbih said,

“Satan loves none more than the one who eats much and sleeps much.”

Make your heart free from jealousy and hatred. Stick to Sunnah and let the fear of Allah fill your heart. Know also that among the great facilitators of night prayer is the love of Allah, His Messenger and His Book.

So dear Fellows we have mentioned a few of Quran and verses by the Prophet SAW sayings and there are much more then this . then who is the one that will abstain from awakening at night for prayer.

Think all the people are sleeping and you are awaking just to bow before your Lord. You wake up at any time of night and offer waddu (ablution) and start night prayers. Then in those times of darkness you can ask the Almighty Allah for your forgiveness.  The Almighty Allah says Himself

The hours of darkness;the night is the time of asking directly to your lord when HE is calling himself that who is awaking to ask me so that I can forgive him.

It is recommended that you should gradually increase the recitations in the rakaas. One can start from ten verses and gradually grew to hundred verses provided you are not making things difficult for yourself.

“You should do only what you can, for by Allah! Allah will not desist from answering your prayers until you become bored.”

In the end we pray to Allah that HE offer us the opportunity to stand before HIM in the hours of darkness.

Enjoy the blessings of your Lord, pray in the night while other people are asleep, your will enter the Paradise of your Lord with peace.

Remember us in your prayers. Have a happy and blessed life.  😀