One who desires and strives for the hereafter will surely get the best of it. Allah promises the best and it is His paradise his master piece. So that no eye has seen no ear has ever heard and no mind can actually imagine it.

Allah has also described Paradise in many places in the AlQuran; they are only glimpse but what jannah is again you cant imagine it.

Description of Paradise in the Qur’an:

“The description of Paradise which the Muttaqoon have been promised is that in it are rivers of water; the taste and smell of which are never changed. There are Rivers of milk the taste of which will remain unchanged; rivers of wine that will be delicious to those who drink from it and rivers of clear; pure honey. For them will be every kind of fruit and forgiveness form their Lord.”
[ 47:15]

“And their recompense shall be Paradise, and silken garments, because they were patient. Reclining on raised thrones, they will see there neither the excessive heat of the sun, nor the excessive bitter cold, (as in Paradise there is no sun and no moon). The shade will be close upon them, and bunches of fruit will hang low within their reach. Vessels of silver and cups of crystal will be passed around amongst them, crystal-clear, made of silver.

They will determine the measure of them according to their wishes.  They given a cup (of wine) mixed with Zanjabeel, and a fountain called Salsabeel. Around them will (serve) boys of perpetual youth. If you see them, you would think they are scattered pearls. When you look there (in Paradise) you will see a delight (that cannot be imagined), and a Great Dominion. Their garments will be of fine green silk and gold embroidery. They will be adorned with bracelets of silver, and their Lord will give them a pure drink.”
[76:12-21]

“Those foremost (In Tawheed and obedience to Allah and His Messenger in this life) will be foremost (in Paradise). They will be those nearest to Allah in the Gardens of Delight. A multitude of those (the foremost) will be from the first generation (who embraced Islam) and a few of those (the foremost) will be from the later (generations). They will be reclining, face to face, on thrones woven with gold and precious stones. They will be served by immortal boys, with cups and jugs, and a glass from the flowing wine, from which they will have neither any headache, nor any intoxication. They will have fruit from which they may choose, and the flesh of fowls that they desire. There will be Houris with wide, lovely eyes (as wives for the pious), like preserved pearls, a reward for deeds that they used to do.

They will hear no vain or sinful speech (like backbiting, etc.) but only the saying of: Salam, Salam, (greetings of peace). And those on the Right Hand, who will be those on the Right Hand? They will be among thorn-less lote-trees among Talh (banana trees) with fruits piled one above another, in long-extended shade, by constantly flowing water, and fruit in plenty, whose season is not limited, and their supply will not be cut off. They will be on couches or thrones raised high. Verily, We have created for them (maidens) of equal age, loving (their husbands only). For those on the Right Hand.”
[56:10-38]

Apart from the Qur’anic descriptions of Paradise, the Prophet Muhammad (SAW) would often describe Paradise to his companions.

“Rise to enter Paradise whose width is equal to the Heavens and the Earth.”

So, on listning to this Umayr Ibnul Humam al-Ansari stood up participated in a battle and was martyred, gave his life to go to paradise. These were the companion not like us who listen and listen and when leave the class forge everything. Because Allah described jannah so that you work for it and gain it.

Description of Paradise in the Hadith:

Abu Hurairah said that the Messenger of Allah (SAW) said.

“There is not a tree in Paradise, except that its trunk is made of gold.”
[Sahih al-Jami]

“Verily in Paradise there is a market in which (the inhabitants of Paradise) will come to every Friday. The North wind will blow and scatter fragrances on their faces and on their clothes. This will add to their beauty and their attractiveness. They will then go back to their families after having an added luster to their beauty and their attractiveness. Their families will say to them, ‘By Allah you have been increased in beauty and loveliness after leaving us,’ and they will say, ‘By Allah you too have increased in beauty and attractiveness after us.”
[Muslim]

“I entered Paradise and found myself by a river, by its edges were tents of pearls. Then I tapped with my hands where the water was running, and there was then a beautiful smell of Musk. I asked, ‘What is this O Gabriel?’ He said, ‘This is Kawthar (river in Paradise) which Allah has given to you.'”
[Sahih al-Jami]

Who Are the People of Paradise?

It is important, therefore, that Muslims know the characters of those who will be the inheritors of Paradise. But it is unfortunate that many of today’s Muslims understand that it is enough for one to pronounce the Shahadah by his tongue for him to be entitled to enter Paradise. So entering Paradise requires that we live as believers and die as Muslims,as someone said

that being a Muslim is not a part time job rather a lifestyle.

We Should Also Strive to:

“For the believers will have eternal bliss and complete success, because of the things that they did in this life. Allah says,

“So no soul knows the delight of the eyes which is hidden for them; a reward for what they did.”
[32:17]

Ways That Lead To Paradise:

Our parents made to enter paradise,we will inshaaAllah go back to it. It is our destination and we shall reach it. But we have to do what Allah asked us to do, for Paradise is not cheap.

So let us keep our eyes on the prize, and strive hard for it,  ask Allah for jannatul firdous. 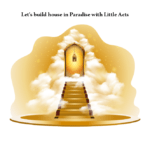 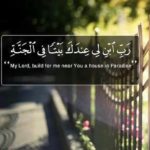 A Paradise Is a Place Of Happiness 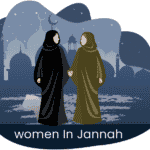 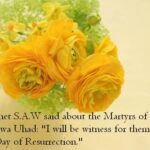 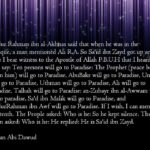