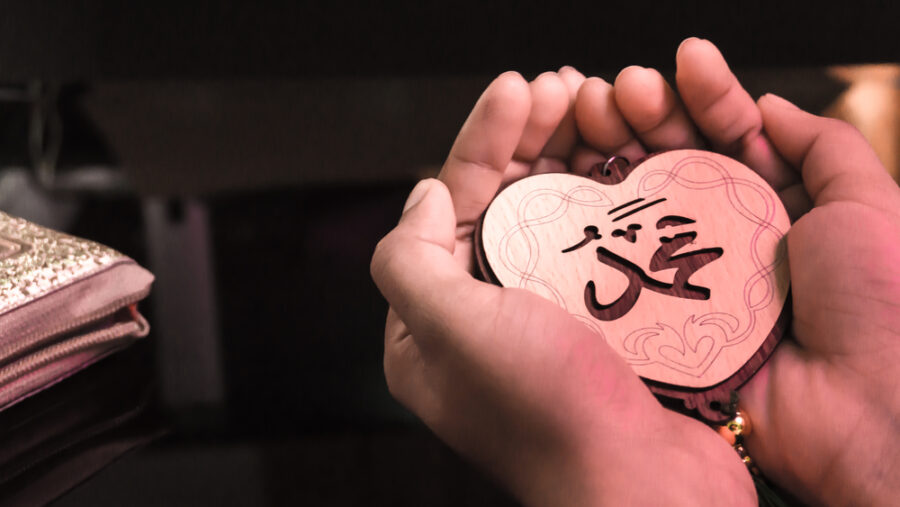 With all the Prophet’s (PBUH) duties, one would assume that he didn’t have the time or capacity to be attentive to his wives. On the contrary, the Prophet (PBUH) proved us wrong. He was there for each of his wives & he expressed his love for his wives in different ways.

“You have indeed in the Messenger of Allah a beautiful example [of conduct] for anyone whose hope is in Allah and the Final Day, and remembers Allah much”

People express love to others in 5 different love languages. Understanding our spouse’s love language ensures that our love gestures get through.

The prophet Muhammad (PBUH) diversified how he expressed his love & gratitude towards his wives.

The Prophet Muhammad (PBUH) used this way to appreciate his wives by helping out & doing house tasks without being asked. When he was not engaged in Islamic dawah or the governance & guidance of the community, he would spend some time at home with his wives.

Al-Aswad reported that he asked Ayesha (R.A), “What did the Prophet (PBUH) do at home?” She said: “He used to be at the service of his family, and when it was time for prayer, he would go out to pray” (Bukhari). Ayesha (R) is also reported to have said in another narration: “He acted like other men. He would mend his clothes, milk his goat, and serve himself.”

The Prophet (ﷺ) said, “It is also charity to utter a good word.”

He used to express his love for his wives in unique ways. Ayesha (RA) would often ask the Prophet (PBUH), “How is your love for me?” The Prophet (PBUH) would reply, “Like the rope’s knot.” (meaning that it was strong and secure). She would often ask after that, “How is that knot?” and he would reply, “The same as ever.” (reported in Hiya al Awliya).

In addition, the Prophet Muhammad (PBUH) trusted and consulted his wives in important matters. Like when he consulted Um Salamah upon signing the Hudaibiya treaty.

The Prophet (PBUH) expressed his love to his wives using various affection gestures.
Before entering his home, the Prophet (PBUH) used Miswak to freshen his breath, and the first thing he did upon entering was kissing his wife.

In the famous narration of the Abyssinian fighters performing in the masjid on Eid Day, Aisha described one of her most cherished moments. She stood behind the Prophet (PBUH), placing her chin on his shoulder as they watched the performance together. Enjoying the intimate closeness more so than the performance, the Prophet (PBUH) remained there, allowing Aisha to relish the moment as long as she wished.
Often, the Prophet (PBUH) laid his head on the lap of Aisha (RA), reciting Quran, while she was on her menses.

In addition, the Prophet (PBUH) would also console his wives in public when they were upset. Safiyyah Bint Huyyiy (R) narrated: “The Messenger of Allah (PBUH) went to Hajj with his wives. On the way, my camel knelt as it was the weakest among all the other camels, and so I wept. The Prophet came to me and wiped away my tears with his robe and hands. The more he asked me not to weep, the more I went on weeping” (Ahmad).

The Prophet (PBUH) did not get embarrassed, angry, or impatient. He just reassured her and compassionately wiped away her tears. The Messenger of Allah (PBUH) was distinctly kind and considerate to his wives in public. Anas ibn Malik narrates: “I saw the Prophet (PBUH) making for her [Safiyyah] a kind of cushion with his cloak behind him [on his camel]. He then sat beside his camel and put his knee for Safiyyah to put her foot on, to ride [on the camel]” (Bukhari).

The prophet Muhammad said: When a husband and wife look at each other with love, Allah looks at both of them with mercy.

The Messenger (PBUH) is reported to have said: “Everything that does not involve remembrance of Allah is futile, senseless, and wasted – except for four acts: a man entertaining his wife, a man training his horse, a man walking between the two posts [when practicing archery], and teaching swimming to another man.”

For instance, during one expedition with the Muslim army, the Prophet (PBUH) asked them to move ahead while he and his wife trailed behind to spend quality time together. He and Aisha (RA) raced, chatted, and walked back to the group together. He teased her after beating her in one race. Ayesha (R) reports that the Messenger told her: “Come, I will race you.”

She continues, “So I raced with him, and I won. After I became heavier, he raced me, and he won. So he laughed and said this one for that one” (Abu Dawood).

Abu Hurayra reported that the Prophet, may Allah bless him and grant him peace, said, “Give gifts, and you will love one another.”

Out of his pure love for his late wife, Khadijah (Radia Allahu ‘Anha), whenever the Prophet (PBUH) slaughtered a sheep, he sent a share to her friends, long after she passed. So how much more if, she was alive?

As you can see, with all his leadership responsibilities and burden, our Prophet (PBUH) lived the moment with his wives and took the time to show them how much he cared.

If you wish to explore your spouse’s love language, you can observe how they express their love & gratitude to you and others. Also, you could try experimenting until you find out what sparks their joy and lights up their face.

Dua for love between husband and wife in Islam

O Allah, join our hearts, mend our social relationship, guide us to the path of peace, bring us from darkness to light, save us from obscenities, outward or inward, and bless our ears, our eyes, our hearts, our wives, our children, and relent toward us; Thou art the Relenting, the Merciful. And make us grateful for Thy blessing and make us praise it while accepting it and give it to us in full.