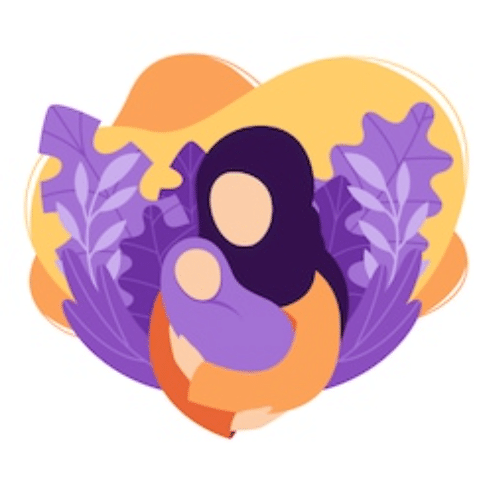 After some time has elapsed, the couple desire that Allah Almighty bless them with a child, and thus through marital consummation Allah Almighty grants their wish. The first stage that follows is that of pregnancy. A person should not be ashamed of being pregnant or treat it as a significant burden, as there are many beautiful virtues and rewards of pregnancy in Islam. Islam being a religion of justice, can never neglect the awards of pregnancy, as it’s a much difficult period of a woman’s life.

Virtues for being Pregnant

Prophet (Peace be upon him) said:

Difficulties Born by Mother – During Pregnancy:

As for mothers, Islam has made them a beautiful world, in which everyone must respect and revere them. Allah recognizes and mentions the difficulties borne by mothers:

“His mother carried him through weakness upon weakness.” [Surat Luqmān, Verse 14]

Which of the parents have higher status?

Someone asked The Prophet (Peace be upon him):

“Which of the parents have a higher status?” He replied, “The one who for nine months kept you between her two sides (stomach). And then brought you into this world and gave you milk from her breasts.” [Mustadrak al-Wasāil, vol. 2, pg. 628]

The Reward of Pregnancy Until Giving Birth and Breastfeeding:

“The reward of a woman, from the time of pregnancy until birth and breastfeeding, is the same as the reward of one on the path of Allah.

And if a woman leaves this world during that time because of the hardship and pains of birth, she has the reward of a martyr.” [Makarim al-Akhlāq, pg. 238]

If: On leaving the World Because of Labor: Rewards of Pregnancy:

Narrated from Imām Sādiq (as):

“Any time a woman leaves this world because of labor pains, on the Day of Judgement, Allāh  will raise her from the grave pure and without an account (of sins). Because such a woman has given her life due to the  hardship and pain  of labor .” [Bihār al-Anwār, vol. 101, pg. 108]

The Whole Period of Pregnancy

Told from Imām as-Sādiq (as):

“Every time a woman becomes pregnant, during the whole period of pregnancy she has the status of one who fasts, one who worships during the night, and one who fights for Allah with her life and possessions.

And when she is giving birth, Allah grants her so much reward that nobody knows its limit because of its greatness. And when she is giving milk to her child, for every suck of the child, Allah gives her the reward of freeing a slave from the children of Ismā’īl. When the period of breastfeeding the child is finished. One of the great angels of Allah taps her side and says: “Start your deeds afresh, for Allah has forgiven all your minor sins.” [al-Kāfī, vol. 5, pg. 496]

The above traditions should give hope to pregnant women, who inevitably will face one difficulty or another during this time. At times of difficulty, one should know that Allah has provided women with both the capability and the desire to bear children.

The Patience of 10 Men During Pregnancy:

“Allah has given every woman the patience of 10 men, and during pregnancy Allah grants her the ability of 10 more men.” [Mustadrak al-Wasāil, vol. 10, pg. 46]

So Muslim sisters, do not get tired, as Islam values your effort. Though it’s a difficult time, many rewards of Pregnancy are awaiting you. Your focus must be on brought up your coming child on perfect Islamic values, and leave the rest on ALLAH.

HE, the elevated, WHO has put a life in your baby, would surely lead a safe way out IN SHA ALLAH. Cherish your blessings; not everyone is blessed with this opportunity of being the mother of a Muslim baby 🙂 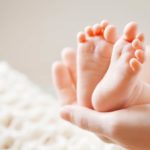 How to make Motherhood Easy.