Verses of Holy Quran About Oneness of God 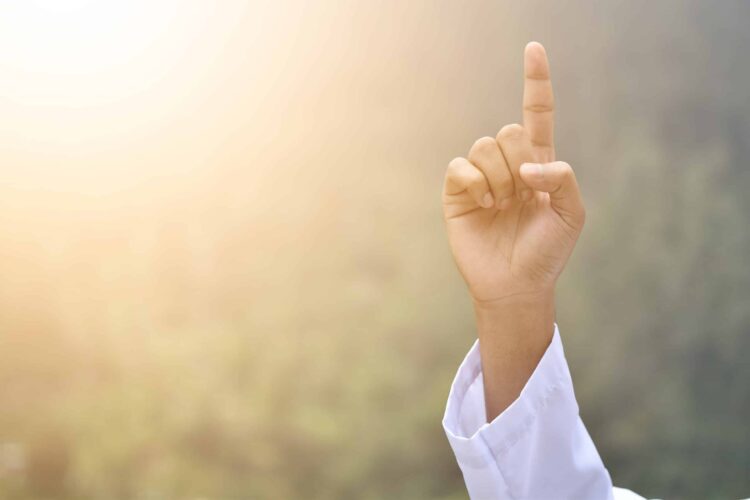 Monotheism (Tauheed or Tawheed), i.e, belief in one Allah alone is such a strong Faith and foundation of Islam. Upon which the whole structure of Islam architect is the definition of monotheism.

All Prophets have called their people on True Faith. Worship is the exclusive right of Allah owed to Him alone. Monotheism is such an essential part of Faith that the Prophet (P.B.U.H) during the thirteen years of His preaching in Makah focused on Tauheed (Oneness of Allah) mainly and called people upon Tawheed by forbidding any partners to Allah. The Holy Quran is full of this concept of Monotheism, and most of the verses of Al-Quran are about Monotheism.

Every Prophet taught His people the same lesson:

In another verse of Al-Quran, it is explained

“And verily, We have sent among every Ummah (community, nation) a Messenger (proclaiming): “Worship Allah (Alone), and avoid (or keep away from) all false deities” Then of them were some whom Allah guided and of them were some upon whom the straying justified. So travel through the land and see what the end of those who denied (the truth) was.” [An-Nahl 16:36]

The basis of our Creation is to worship Allah:

“And I (Allah) created not the jinn and mankind except that they should worship Me (Alone).” [Az-Zariyat 51:56]

Every Muslim in His Five Prayers confirms this Belief

Some of the verses that mention Monotheism are:

1. “And indeed when we heard the Guidance (this Qur’an). We believed therein (Islamic Monotheism), and whosoever believes in his Lord shall have no fear, either of a decrease in the reward of his good deeds or an increase in the punishment for his sins” [Al-Jinn 72:13]

2. “Say (O Muhammad P.B.U.H): “Who provides for you from the sky and the earth? Or who owns hearing and sight? And who brings out the living from the dead and brings out the dead from the living? And who disposes the affairs?” They will say: “Allah.” Say: “Will you not then be afraid of Allah’s punishment (for setting up rivals in worship with Allah)?” [Yunus 10:31]

Definition of Monotheism in the Quran:

5. “And verily, if you ask them: “Who created the heavens and the earth?” Surely they will say: “Allah (has created them).” Say: “Tell me then, the things that you invoke besides Allah – if Allah intended some harm for me, could they remove His harm? Or if He (Allah) intended some mercy for me, could they withhold His Mercy?” Say: “Sufficient for me is Allah; in Him, those who trust (i.e., believers) must put their trust.” [Az-Zumar 39:38]

6. “Were they created by nothing? Or were they the creators?Or did they create the heavens and the earth? Nay, but they have no firm Belief.” [At-tur 52:35,36]

7. “And they say: “There is nothing but our life of this world, we die, and we live, and nothing destroys us except Ad-Dahr (time). And they do not know of it: they only conjecture.” [Al-Jathiya 45:24]

8. “This is the creation of Allah. So show Me that which those (whom you worship) besides Him have created. Nay, the Zalimun (polytheists, wrongdoers and those who do not believe in the Oneness of Allah) are in plain error.” [Luqman 31:11]

9. “Say (O Muhammad P.B.U.H): “Think you about all that you invoke besides Allah? Show me. What have they created the earth? Or have they a share in (the creation of) the heavens? Bring me a Book (revealed before this), or some trace of knowledge (in support of your claims), if you are truthful!”” [Al-Ahqaf 46:4]

10. “[Musa (Moses)] said: “Verily, you know that these signs have been sent down by none but the Lord of the heavens and the earth (as clear evidence, i.e., proofs of Allah’s Oneness and His Omnipotence.). And I think you are. Indeed, O Fir‘aun (Pharaoh) doomed to destruction!”” [Al-Isra 17:102]

11. “And they rejected those signs in iniquity and arrogance, though their souls were convinced thereof…” [An-Naml 27:14]

12. “O humankind! Worship your Lord (Allah), Who created you and those who were before you so that you may become Al-Muttaqun (the pious).

13. Who has made the earth a resting place for you, sky as a canopy, and sent down water (rain) from the sky. Brought forth in addition to that fruits as a provision for you. Then do not set up rivals unto Allah (in worship) while you know (that He Alone has the right to be worshiped)” [Al-Baqarah 2:21,22]

15. “There is no compulsion in religion. Verily, the Right Path has become distinct from the wrong path. Whoever disbelieves in Taghut and believes in Allah, then he has grasped the most trustworthy handhold that will never break. And Allah is All-Hearer, All-Knower.” [Al-Baqarah 2:256]

16. “…..Then anyone who violates his oath does so to the harm of his soul. And anyone who fulfills what has covenanted to Allah; Allah will soon grant his a great reward” [Al-Fath 48:10]

17. “And I have followed the religion of my fathers, – Ibrahim (Abraham), Ishaq (Isaac) and Ya‘qub (Jacob) [A.S], and never could we attribute any partners whatsoever to Allah. By the Grace of Allah to us and humanity, but most men thank not (i.e., they neither believe in Allah nor worship Him).” [Yusuf 12:38]

18. “And those who believe and whose offspring follow them in Faith: to them shall We join their offspring, and We shall not decrease the reward of their deeds in anything. Every person is a pledge for that which he has earned.” [At-Tur 52:21]

Importance of Monotheism is the Quran:

21. “Those who took partners (in worship) with Allah will say: “If Allah had willed, we would not have taken partners (in worship) with Him, nor would our fathers, and we would not have forbidden anything (against His Will).” Likewise belied those who were before them, (they argued falsely with Allah’s Messengers), till they tasted Our Wrath. Say: “Have you any knowledge (proof) that you can produce before us? Verily, you follow nothing but guess and you do nothing but lie.” [Al-An’am 6:148]

22. “And they said: “If it had been the Will of the Most Gracious (Allah), we should not have worshiped them (false deities).” They have no knowledge whatsoever of that. They do nothing but lie!” [Az-Zukhruf 43:20]

According to The Quran:

“24. And ask (O Muhammad P.B.U.H) those of Our Messengers whom We sent before you: “Did We ever appoint Gods to be worshiped besides the Most Gracious (Allah)?”” [Az-Zukhruf 43:45]

25. “Surely the religion (i.e., the worship and the obedience) is for Allah only. And those who take Protectors (helpers, lords, gods) besides Him (say): “We worship them only that they may bring us near to Allah.” Verily Allah will judge between them concerning that wherein they differ. Truly, Allah guides, not him who is a liar, and a disbeliever.” [Az-Zumar 39:3]

26. “And they worship besides Allah things that harm them not, nor profit them, and they say: “These are our intercessors with Allah.” Say: “Do you inform Allah of that which He knows not in the heavens and on the earth?” Glorified and Exalted is He above all that which they associate as partners (with Him)!” [Yunus 10:18]

28. “And there are many angels in the heavens, whose intercession will avail nothing except after Allah has given leave for whom He wills and is pleased with” [An-Najm 53:26]

29. “Verily! I am Allah! Lâ ilâha illa Ana (none has the right to be worshiped but I), so worship Me and perform As-Salât (Iqâmat-as-Salât) for My Remembrance” [Surah Ta-Ha 20:14]

30. “And whoever invokes (or worships), besides Allah, any other God, of whom he has no proof; then his reckoning is only with his Lord. Surely! The Disbelievers will not be successful.” [Al-Mu’minun 23:117]

32. “Verily, Allah forgives not that partners should be set up with Him (in worship), but He forgives anything else to whom He wills; and whoever sets up partners with Allah in worship, he has indeed invented a tremendous sin” [An-Nisa 4:48]

33. “whoever assigns partners to Allah, it is as if he had fallen from the sky, and the birds had snatched him, or the wind had thrown him to a far off place.” [Al-Hajj 22:31]

This is a brief description of Monotheism-related Quranic verses, but if we read the Quran and Hadith, we come to know that they are full of teaching regarding the Oneness of Allah. Sura Ikhlas comprehensively summarizes Islamic monotheism.