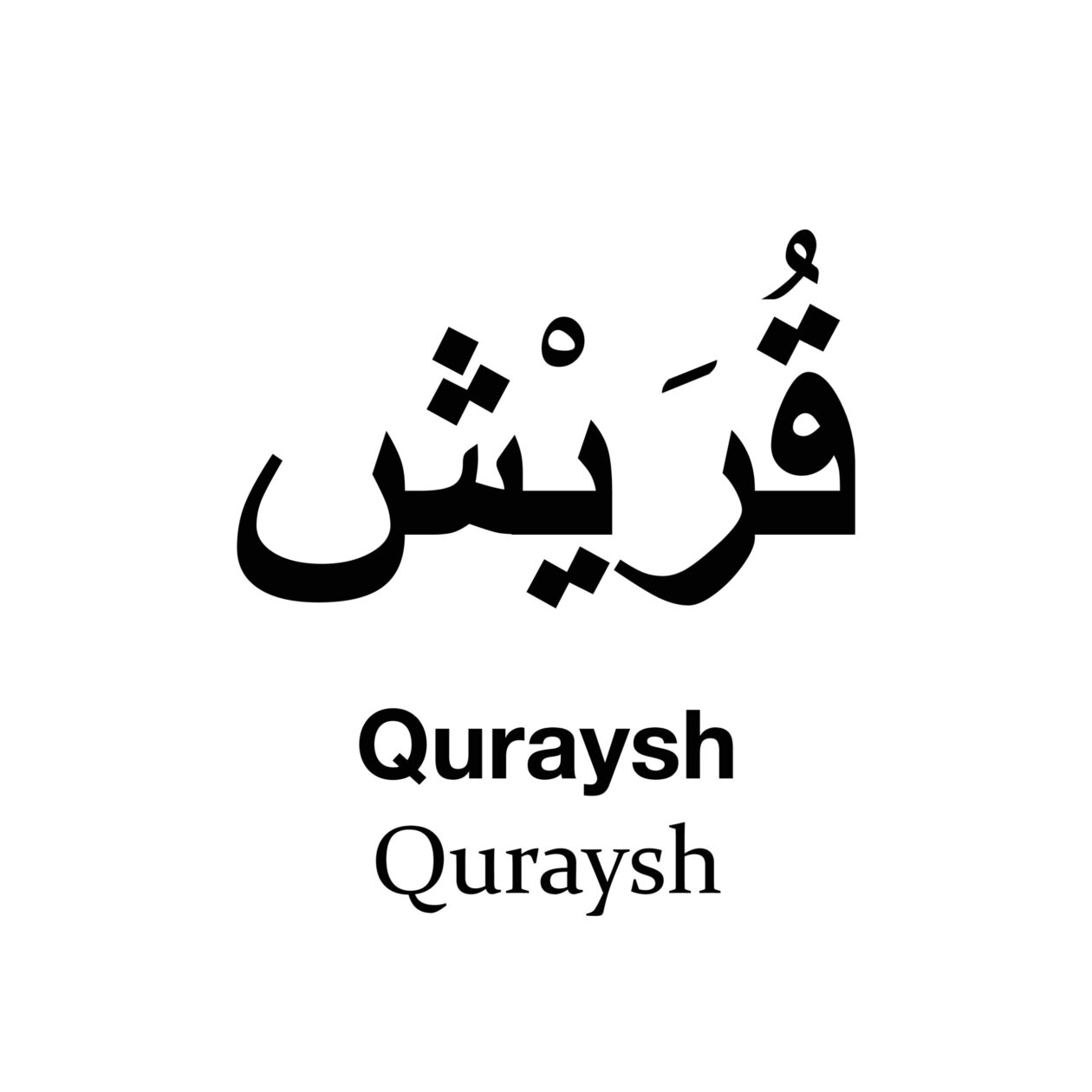 Surah Quraish (Arabic: قريش‎) is the 106th section of the Qu’ran. It is a Meccan Surah, which means its disclosure was before Prophet Muhammad ﷺ & his adherents moved from Mecca to Medina (the expedition known as hijrah). Surah Quraish is a short surah and comprises four verses.

The Quraish was a trading Arab clan that possessed and controlled Mecca and the Kaaba for centuries. The Kaaba was vital to their life, the focal point of pilgrimage, which brought a lot of trade and honor.

“Allah has favored the Quraish with seven qualities which HE has never been given to anybody before them; and won’t ever give to anybody after them:

The post of the Caliph (al-Khilafah) is awarded to one among them,

Somebody accepts the guardianship of the Sacred House (Hijaz e Muqaddasah) from among them,

Giving water to the travelers (al-Siqayah) during Hajj is attempted by some people among them,

The Prophethood is given to somebody among them,

They were given triumph over the [army of] elephants,

They worshipped and revered Allah Almighty for seven years when no one else worshipped Him, and

A Surah has been revealed about the Quraish Clan, in which none however they were referenced.”

What is the meaning of Surah Quraish?

Following is the Sahih (authorized) English translation of Surah Quraish and each verse of the Surah.

In the name of Allah, the merciful and compassionate.”

“For the accustomed security of the Quraish” [1]

“Their accustomed security [in] the caravan of winter and summer” [2]

Why was Surah Al-Quraish revealed?

Suppose you are looking for a deeper and better understanding of the Surah and its meaning. In that case, it is essential to understand the background, reason of revelation, and events associated with it. For your assistance, we will study the Tafseer, i.e., the extract, and help one comprehend this revelation.

[1] “For the accustomed security of the Quraish.”

The term /ilaf/ is an infinitive that signifies ‘uniting as one, and the term /ulfat/ signifies

‘A get-together with closeness and association.’

Some have interpreted /ilaf/, deriving from another origin, to signify ‘arrangement, pact’ that doesn’t fit the Surah’s substance. Hence, the reason for using it is to refer to the unity and association among the Quraish clan, who, along with all of the residents of Mecca, had settled there on account of the honor, significance, and security of the Holy Kaa’ba. For which, consistently; numerous individuals from Arabia and the Arabian Peninsula went to that city for pilgrimage; likewise benefiting from some business and education trades.

All of them had been in extraordinary security. Therefore, if the army of Abrahah might have upset the security or were influential in obliterating the Kaa’ba, no others would get comfortable with it and visit the area.

[2] “Their accustomed security [in] the caravan of winter and summer.”

The binding together & commonality of the Quraish might be because of their adoration and love for their Holy land. The political and economic significance of the Holy Shrine (Kaa’ba) for the Quraish, then being secure from the intrusions of the threatening clans in the Arabian Peninsula, subsequently caused them to dominate the area’s trade; the North toward the South and the other way around.

They used to go to Syria in the mid-year, which had a moderate climate, and in winter to Yemen, they enjoyed warm weather for business purposes. It was by Allah’s Grace that they voyaged, protected, and undisturbed on their expeditions. However, the journeys were unsafe, and none could go through them without getting looted, enduring death, and suffering losses.

(Obviously, they didn’t leave Mecca to get settled in other spots).

It was the standing of Quraish concerning their association with their services to the Holy Kaa’ba that they obtained, by the Will of Allah, the security and honor from individuals. He wanted to guard them, by His Grace, for the arrival of Islam and the heavenly Prophet Muhammad ﷺ to rise out of that clan and in that sacred land.

But, the similar clan, the Quraish, whose protection, security, and honor were because of the Holy Kaa’ba, being around there and their watchmen, later turned into the great adversaries of Islam.

Toward the start, the primary driver of their resistance to the emergence of Islam was the dread of losing their matchless quality in the political and prudent fields; and later, indecencies in various forms were committed by Ommayyid and Abbaside Caliphs who were of the Quraish clan; just for worldly benefits. They were worst to such an extent that history won’t ever fail to remember them, albeit the entirety of whatever they had, were from Islam, the order of Allah.

When Quraish was favored with such extraordinary grants, security in business for acquiring benefit and in life for being respected, they ought to revere the Lord of the Kaa’ba gratefully. He, despite their territory, is just a desert and thus useless, blesses them with each sort of good food and different arrangements of life; through the stock and the journey, which is brought to their doors. What’s more, Allah had shielded them from their greatest foe, Abrahah.

Those mentioned above were an open admonishment to the Quraish. They, toward the beginning of Ministry of the blessed Prophet Muhammad ﷺ, had been the most tireless foes of the Messenger of Allah, Prophet Muhammad ﷺ and the message of the Oneness of the Lord which he delivered. Therefore, it was a notice to call forth their attention to the Mighty force of Allah Almighty; Who could likewise annihilate them and embarrass them as He did with their powerful enemy, Abrahah.

Despite tremendous efforts a person puts in to understand the whole meaning of the Surah of Quran, the farther one gets, the broader panoramas of knowledge open up to him. The more little his knowledge appears to him. The verses of Surah hide a message for a specific tribe or clan and have blessings and clues for upcoming generations till doomsday. A few advantages of reciting and remembering Surah Al-Quraish have been reported for quite a while in various Islamic books and forums.

Yet, Ahadith of Holy Prophet (ﷺ) scarcely. Yet, despite this, many Muslims are practicing with the firm belief & vouch for wonders that happened to them due to the recitation & retention of Surah Al-Quraish.

The frequently reported benefits are as follows: