How beautifull is it to know about a person who seeked and came towards the truth by them selves. Unlike us , the borne muslims , they struggle for ISLAM. And as a result , become even better practicing muslims than most of us borne muslims. That sweet sister of ours made me realize the same thing while having a chat with her ! MA SHA ALLAH she has much knowledge about Islam. How she came towards Islam ? she tells her self . lets have a look .

ME : Assalam O alikum sister, how are you and your family ?   introduction to muslims

ME : So tell us about how you got to know about islam ? some one inspired you , any incident ! what happened actually that made you attracted towards islam ?

Crystalena Webster : I’m not sure where to begin. I guess my first ‘introduction’ to Muslims was around 9/11. For better or for worse, that did at least let me know there was a religion out there called Islam. But like most, I hated Muslims immediately after that. Then around 2003 I was chatting with a few Muslims from Malaysia, and having no clue about that country I just assumed they were Buddhist since they looked Indo-Chinese to me. But it was Ramadhan and they told me, we’re Muslim we fast, etc. And at first I thought, I’m done talking to these people, but thankfully realizing that wasn’t my style at all; I wasn’t racist, I liked these people. So like a good friend I studied the religion and even sent them an Eid card in their language which they found very touching.

ME : can you mention any incident.. any thing special… !!! about your conversion to islam ?
Crystalena Webster: Incident….Not sure ! Nothing fancy happened .We did shaddah in a robin donut store over an apple fritter.    introduction to muslims

Me : MA SHA ALLAH ! often people face resistance while converting, obviously its a big decision to change your religion. did you face any ?

Crystalena Webster: resistance ! not really. My dad did joke. He didn’t get my Christmas presents and said I was Muslim and he didn’t need to. That upset him but later I said I changed my life for the better and that Islam is misunderstood and I wasn’t going to hurt myself or others. And he said he was glad I did it for me not as a popularity thing . introduction to muslims

Me : you were lucky , very few people have such parents or family who are tolerant to change in religion.

Crystalena Webster : yes, you are right. I had an Indian professor of biology. He said in his country you wouldn’t find a family like yours. introduction to muslims

Me:  So , back towards your embracing islam , you told that 9/11 introduced islam to you, then you studied islam. Then ?

Crystalena Webster : The more I learned the more I loved Islam. It was very liberating to no longer hate and fear an entire religion and people. In 2005 I graduated high school and left for a nearby city for University where I met a few Muslim women. I told them, I know it’s Ramadan and you are fasting, I want to become Muslim. This may have shocked them but they took me under their wing and helped me do shahadda that same week. It has now been 8 years and 9 Ramadhans I have been blessed to enjoy.Al Humdulilah I am able to speak a bit of Arabic and can read, admittedly slow, and am learning Tajweed while living in the United Arab Emirates with my husband Who I’ve been married to for 3 years and two little boys. 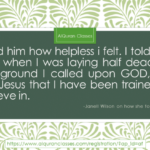 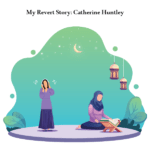 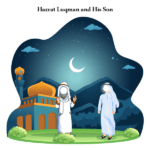