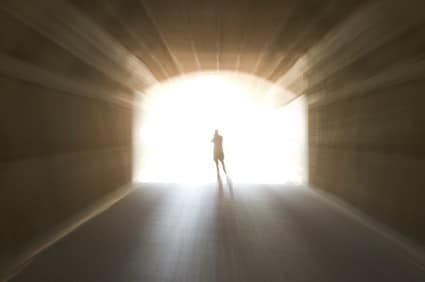 We come across people who recite the Quran daily, but they are not having much knowledge. Don’t you think that learning of the Quran which is a house of knowledge and a person reciting it daily is not having that amount of knowledge? Yes, certainly the pitfall is that they do not understand this Holy book. On the other hand, you come across people who understand and know the meaning of Quranic verses is full of knowledge. Surely they are finding all this from the wonderful Quran.

Every single example given in the Quran is logical

Let us give you a simple and straight forward answer to this important question: Yes indeed, Islam guides that there is definitely a life after death.

The concept of the Hereafter, whereby one will be given life again after one tastes death in this short and transitory life on earth is one of the most pivotal concepts of the Glorious Quran. This concept and Truth of ‘life after death’ is so pivotal to the guidance of Islam. Allah and the Prophet (SAW) have termed it as one of the six integral points of faith.

This concept is that much important that if one does not believe with absolute certainty in the concept of ‘life after death’, he would leave the fold of Islam!!!

Now when you say ‘how’ Allah would give life after death it seems that you wish to clarify and seek further knowledge on this matter. This question is answered so comprehensively in the Quran that no further clarifications would be needed.

The simplest Answer that the Creator Who created everything in existence in the heavens is more than Able and Capable to give life to a thing as meager and mere as a ‘human being’!.

The Creator Says in the Holy Quran:

“ Those who dispute about the Signs of Allah without any authority bestowed on them, there is nothing in their breasts but (the quest of) greatness which they shall never attain to. Seek refuge then in Allah: it is He Who Hears and Sees (all things). Assuredly the creation of the Heavens and the Earth is a greater (matter) than the creation of men: Yet most men understand not.
(Chapter 40 Surah Mumin verses 56-57)

Allah Most Powerful and Merciful:

Allah is the Mightiest, The powerful, and most perfect in every Art of Creation. That all He needs to say when He desires to create or do anything is: ‘BE!’ and the thing comes into existence!.
Allah Subhanah related two live examples in the below-quoted Ayahs of the Holy Quran, for His believing slaves who sought clarification on ‘how’ exactly Allah Subhanah could create a life after its death.

Allah Says in the Holy Quran:

“Or (take) the similitude of one who passed by a hamlet all in ruins to its roofs. He said: “Oh! How shall Allah bring it (ever) to life after (this) its death?” But Allah caused him to die for a hundred years then raised him up (again). He (Allah) said: “How long didst thou tarry (thus)?” He said: “(perhaps) a day or part of a day.” He (Allah) said: “Nay, thou hast tarried thus a hundred years; but look at thy food and thy drink. they show no signs of age; and look at thy donkey: and that We may make of thee a Sign unto the people.look further at the bones how We bring them together and clothe them with flesh! When this was shown clearly to him he said: “I know that Allah hath Power over All Things.”
“Behold! Abraham said: “O My Lord! Show me how thou gives life to the dead.” He (Allah) said: “Dost thou not then believe?” He said: “Yea! But to satisfy my own understanding.” He (Allah) said: “Take four birds; tame them to turn to thee; put a portion of them on every hill and call to them; they will come to thee (flying) with speed. Then know that Allah is Exalted in Power, Wise.”
(Chapter 2 Surah Baqarah verses 259-260)

Explanation About Learning of Quran:

So you see that there are so many Verses in the Quran that relate to the question of ‘how’ Allah would create a life after death that if we were to quote all of them. It would indeed become a very lengthy answer! This phenomenon of Truth called ‘life after death’. And its proper understanding is so pivotal to the guidance of Islam. Every single aspect regarding its happening has been sufficiently and logically portrayed by the Lord in His Glorious AlQuran itself!

Now we are happy that now if someone asks this question to you, you will be able to answer this.

It is also important for parents for learning of Quran with proper understanding so that they can teach their kids the logic in the Quran.
You can learn the Quran with understanding at AlQuran Classes where we have expert Quran tutors who can teach you and your kids Quran logically. We have an online Quran learning facility for you where you can do learning Quran at your home.

learning of Quran logically and make yourself aware of facts pointed in the Quran. Have a happy life.