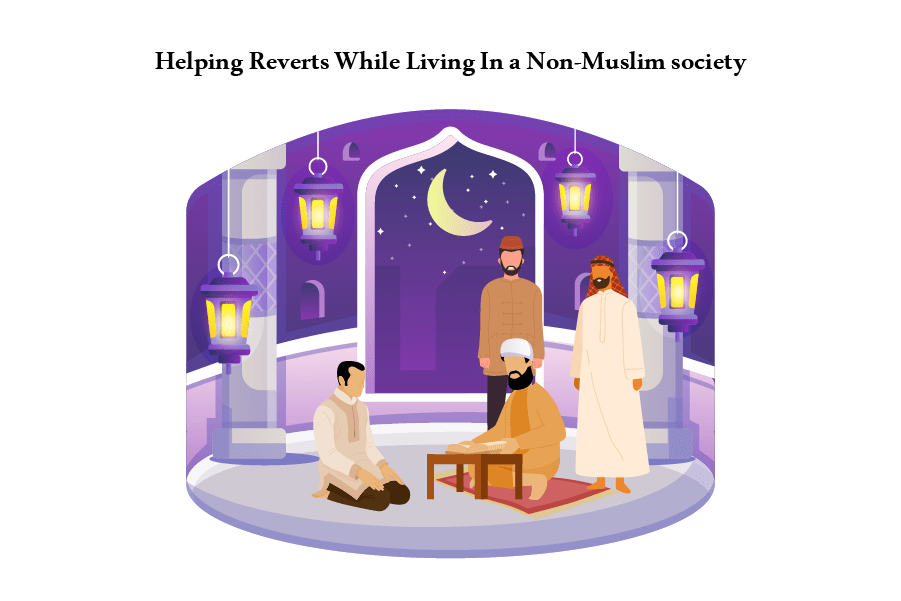 Helping Others And Practicing the Deen of Islam:

“Time will come on the people when the patient among them on his religion will be like one who holds burning coal (in his hand).” [Tirmidhi]

Indeed, for many Muslims today, obeying Allah (SWT) and practicing the deen of Islam has become difficult, especially in non-Muslim lands, such as the West. From the pressure induced on our sisters wearing the Hijab to the scrutiny placed on core Islamic concepts. Such as Shariah and others, it is clear that openly practicing Islam is far from easy, even for those born into Muslim families and with years – if not decades – of ‘ilm (Islamic knowledge) and culture.

Many of us were born to Muslim parents. Several people entered Muslim communities from infancy. We began becoming familiar with the Qur’an in childhood. Many of us have had the opportunity to form strong friendships and bonds with our fellow Muslims. We have families with whom we share our core values and beliefs. In these troublesome times, these elements are means of security and comfort for us.

However, many converts often leave all that to obey Allah (SWT) and practice Islam. It is a significant sacrifice, and Allah (SWT) may reward them. But this world leaves our revert brothers and sisters vulnerable on many levels. By embracing Islam, some people lost the warmth of their own families ( in the views of their parents, they – ‘disbelief’). Like all of us, they have to learn deen, but with the added responsibility of changing their initial concepts regarding relations with the opposite gender, Rizk and its impact on earning a living & more.

Supporting And Helping reverts in Our Muslim Communities

We have all had those challenges, yet few have faced them alone. Unfortunately, some of us view the revert’s Shahadah as the end of the dawah to Islam, but in truth, it is merely the beginning. As practicing Muslims, we have the path to obeying Allah (SWT) made accessible so that the pressure of compromising on our deen is lessened.

Moreover, we live in comfort and enjoy special occasions, such as Ramadan, Eid, marriage, the birth of a child, and more with our families and friends, i.e., our fellow brothers and sisters. Help reverts. Admittedly, our new brothers and sisters deserve the same. In a hadith, Rasulullah (SAW) said

It is an essential hadith in this discussion as it establishes an expectation in Islam and provides the impetus for supporting reverts in our Muslim communities. In broad terms, it is upon us to ensure that our brothers and sisters can benefit from that which we would want. In a hadith, Rasulullah (SAW) says,

“The example of the believers, in their mutual love, mercy, and compassion, are like one body: if one organ complained, the rest of the body develops a fever.” [Bukhari & Muslim]

It is unacceptable that our brothers and sisters are alienated, lonely, and under pressure due to wanting to obey Allah (SWT). We should have every incentive regarding Ajr (rewards in the Hereafter) to help such people regarding ilm, Sadaqah, and brotherhood.

Every individual is different. There is no certified method for helping a fellow brother or sister; each person will have challenges, needs, and strengths. To correctly understand someone, put yourself in their shoes, and build a relationship with that person is necessary, one built on friendship and brotherhood (or sisterhood between the sisters). That companionship will make helping that new brother or sister easier. Help reverts

In high school, college, or university, friendship may be the most significant way to help a revert; it provides them with companions to accompany them in practicing the deen and avoiding sin. Muslim Student Associations (MSA) can play a leading role in this regard, but it is upon the Muslim individual to reach out and help the revert forge new ties.

One of my best friends is a revert. In university, we – along with the executives of our MSA – spent every day praying, eating, playing sports, and even debating with one another. We were with this brother when he was learning to read the Qur’an with Tajweed, and we were there behind them when he began leading our congregation for Jummah.

There will be individuals who will be homeless or in need in other areas (e.g., monetary support and food); in this case, we must remember the glad tidings for those who engage in Sadaqah (voluntary charity). Abu Huraira (RA) reported Rasul’Allah (SAW) saying,

“When a man dies, his acts come to an end, but three, recurring charity or knowledge (by which people) benefit, or a pious son, who prays for him (for the deceased).” [Sahih Muslim].

We must encourage our communities to be both aware and generous. If we cannot donate wealth, we can help in other ways, such as teaching necessary aspects of Islam, such as Salah, the ability to read the Qur’an, and understanding one’s Islamic obligations. From the hadith above, it is clear that ‘film is also a source of Sadaqah. Companionship, especially in difficulty and hardship, is a must. Abu Hurairah (RA) reported that Rasul’Allah (SAW) said,

“Every Muslim has five rights over another Muslim (i.e., he has to perform five duties for another Muslim): to return the greetings, to visit the sick, to accompany funeral processions, to accept an invitation, to respond to the sneezer.” [Bukhari and Muslim].

We are brothers. As brothers, we must express warmth for one another and be there for one another in despair and sadness. These issues affect reverts as well. We must stay abreast of our brother’s and sisters’ lives, which requires us to be their companions.

Companionship also enables us to know one another closely; this can help find one’s brothers and sisters suitable partners for marriage. A Muslim companion may be the brother’s best if not only witness to his obedience to Allah (SWT). His character and suitability to a sister (and vice-versa). We can also better assist them in searching for jobs, finding rent, providing access (in the case of revert families) to Islamic schools, and other aspects.

Before the Hijrah to Madinah, the Muslims were a small minority in Makkah. The Ummah of that time was also facing pressure for its Deen. It later spiraled into oppression at the hands of Quraysh. After the Revelation and Rasul’Allah (SAW) leadership, companionship was all left to this small Ummah in its most difficult days.

We call the earliest Muslims of that time the Sahaba – i.e., Companions of Rasulullah (SAW). In Islam, such communities can be a source of something special for the individual or the entire world. It is upon us to let these cities grow and thrive. The full inclusion of our new brothers and sisters is necessary for that growth. 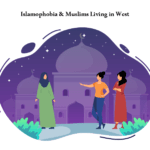